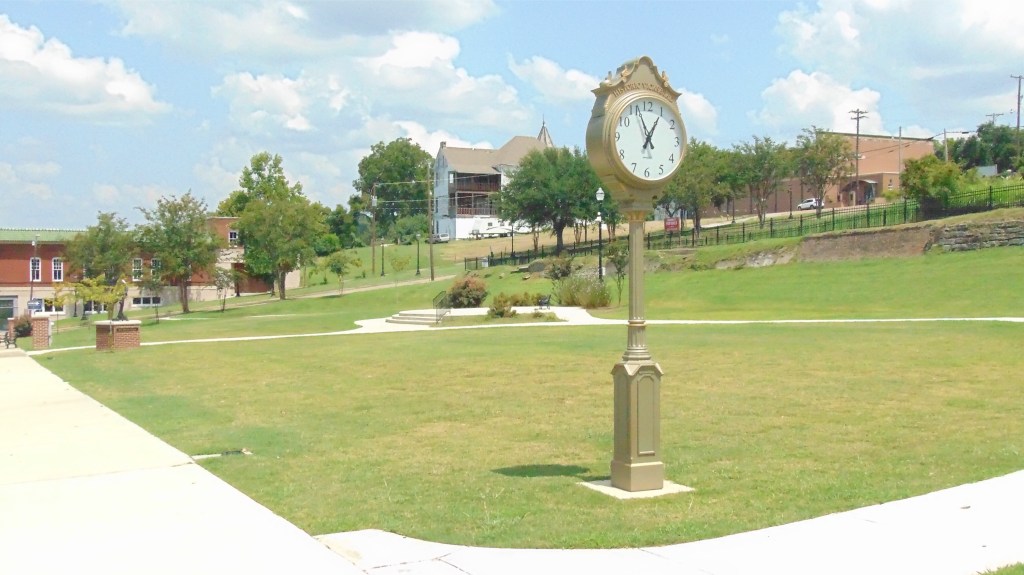 Fordice Construction was awarded a bid for improvements to Washington Street Park on Thursday. (File Photo)

The developers of proposed condominium projects at Washington Street Park and Mulberry Street near the Vicksburg Convention Center have until Dec. 31, 2022, to begin work.

The Board of Mayor and Aldermen on Tuesday approved an agreement giving Ridgeland-based MidSouth Companies LLC, the extension after a 30-minute executive session. Steve Bryan, manager of MidSouth Companies, sought a one-year extension to December 2022 to begin work on the projects.

Mayor George Flaggs Jr. said the agreement has some conditions. Washington Street Park must remain open during construction, the statue at the park will remain in place permanently, and construction must start within one year.

Flaggs said he has not received a copy of the signed agreement from Bryan. Bryan declined to comment on the agreement, saying he was considering the Mayor’s proposal.

The board’s action follows an Oct. 15 letter from Bryan seeking the extension.

In the letter, Bryan wrote he had so far spent about $400,000 on both projects. He did not want to discontinue the projects, “but I do not want to commence projects in a climate that makes it impossible to complete them in a manner that makes sense for the city, its citizens and me at the level of quality that you rightfully expect and that I demand of myself.”

He wanted more time “to see if the supply side stabilizes and the projects again become feasible,” adding, “termination at this stage does not seem to be in the best interest of any parties.”

If the city agreed to the extension, Bryan said, “It will provide the opportunity to see if we can still make the fruits of all our collective efforts a reality for the benefit of downtown Vicksburg.”

The board in February approved a resolution declaring the Washington Street Park property and the property adjacent to the Vicksburg Convention Center as surplus property and set a closing date of 30 to 45 days later. In August, it granted an extension on the closing until January 2022.

At the time, Flaggs said he would wait until January before making a decision whether to grant a second extension. Aldermen Alex Monsour and Michael Mayfield held different opinions on the agreement.

The sales agreement was made under a provision in state law that lets the board determine that the investment, potential revenue, payroll, increased population and increased “foot traffic” in the downtown area and blight elimination is “fair and valuable consideration” for conveying the land.

At the time, MidSouth indicated it was considering a $10 million to $11 million investment to build condominiums on the two pieces of property in Vicksburg’s downtown district. The buildings would bring in an estimated $157,000 annually in property taxes as well as an estimated $5 million in payroll, construction material purchases and sales tax.

Monsour said the city should terminate the agreement.

He said Bryan’s request caught him off guard because he thought MidSouth had performed its due diligence.

Mayfield said he has no problem allowing Bryan the extra time.

“In my opinion, I think that it is the fair thing to do. We’ll let time tell us what to do from there,” he said.