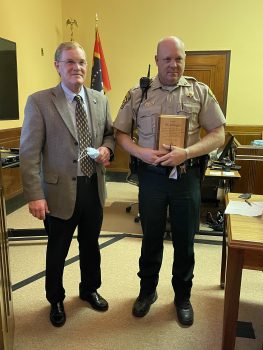 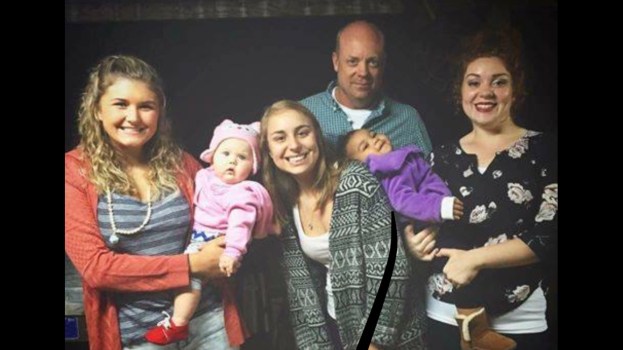 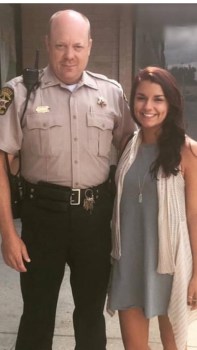 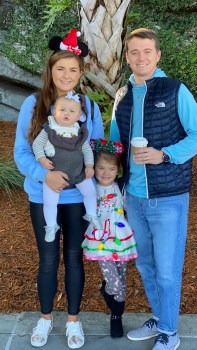 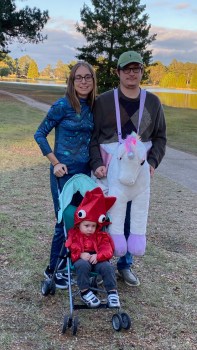 Suzi Heggins, her husband Austin and their son, Max. 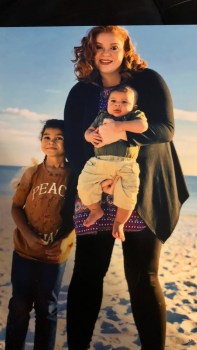 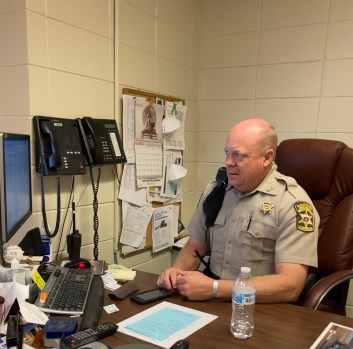 Billy Joe Heggins at work at the Warren County Sheriff's Office prior to his retirement.

Outgoing Chief Deputy Billy Joe Heggins has quite literally spent most of his life in the Warren County Sheriff’s Office.

At age 8, he recalls himself and his brother, Donnie, joining their father on Saturday shifts. Their father, a 25-year veteran of the force who retired as Assistant Chief, would put his sons to work in the kitchen at the Warren County Jail, stirring eggs with the cooks. When it came time to choose a career, Heggins said there wasn’t a choice at all — he already found his calling.

“My whole career has been with the Sheriff’s Office. I came to work there in September 1994,” Heggins said. “I first worked in the jail, and then in court services. Then I did patrol, went to investigations and then returned to patrol in a supervisory role.

“It’s the only people I’ve been around. My dad’s friends were in law enforcement,” he said.

While Heggins admits he’s not the kind of person to “pat himself on the back,” as he enters retirement, Sheriff Martin Pace had high praise for his longtime chief deputy.

“Billy Joe is one of the most dedicated, professional and capable law enforcement officers I’ve ever had the privilege to work with,” Pace said. “For 27 years, he has been completely and totally dedicated to the Warren County Sheriff’s Office and the citizens of Warren County. Although we will all miss him, we wish him the best in his retirement.

“He is one of the most honorable men that I have ever known.”

That honor begins at the family level. As a father of four and grandfather of six, Heggins said he’s more than ready to leave his badge behind and begin a new chapter of his life, one more focused on his family.

“Going 100 percent for 20-something years obviously was a duty to the community, and was kind of a ‘have-to’ for the sake of my girls, to build a home and provide for them,” Heggins said. “It was 100 percent because of them and for them. Now I hope to do 27 years for them again but in a different role. I want to make up some time with them and spend time with my grandchildren.”

Heggins’ grandchildren (so far) are: Layla, Laney Jo, Max, Roree and Lee, and he calls them “my world.”

Heggins’ daughter Karlee Barfield said, even though Heggins is technically her stepfather, she is grateful for his unwavering dedication to her from a young age.

“For as long as I can remember, Billy Joe has been a part of my life,” Barfield said. “Not because I am his ‘blood daughter’; no, it’s much more than that. He chose me and has loved me as his own for my whole life. That is true dedication.

“I know he thinks that he spent more time working than he should, and there were so many times when that phone never stopped ringing. But I was never really bothered by it even though he probably thinks that,” she said. “He did what he loved and was dedicated to this community just as he was to our family. He will always be my hero. I am a little jealous my girls will get endless ‘Pop’ time, so I hope he is ready for all the dance recitals and soccer games. We all love him so much.”

Although she admits his job kept him busy throughout her life, his daughter Suzi Heggins has the utmost respect for her father’s dedication to his work.

“My dad is the true embodiment of integrity, as a law enforcement officer and as a regular ol’ guy. He’s my hero, and I could never thank him enough for everything he has done and continues to do for me and my sisters,” Suzi said. “He has dedicated so much of his life to this job, this county, the people of his hometown; I’m excited to see him be able to do what he loves most: bass fishing and being ‘Pop’.”

Daughter Cori Heggins Thomas spoke about her father’s uniform, and how she fondly remembers him wearing it almost every day. Although his job was time-consuming, she said, she praised him for making time for his family in spite of the fast-paced law enforcement life.

Quite simply, she said, he is the “truest kind of hero.”

“Somehow, and I may never figure out how, he’s always been there for his girls as well as the (county),” Thomas said. “I am truly ecstatic to see him retire and take the time for himself. I honestly feel like we’re all going to see him in a new light; still dependable of course, but in a more free and unrestricted way.”

Kendall Parker, the youngest of the bunch, said at the end of the day she’s just grateful for her father’s support over the course of her life. Like her sisters, Kendall described her father as her hero.

“Thank you (dad) for showing up, supporting me, loving me and guiding me along the way all these years,” she said. “You’re the most honorable, respectable and noble man and I’m so grateful to have you as my hero.”

Heggins officially clocked out for the last time on Wednesday.

Although he said he will miss being on the force and the satisfaction that comes with helping others and helping achieve justice for victims of crimes, he’s also looking forward to devoting the same effort to his family as he applied to his career.

“I did my job at 100 percent; I’m going to try to do this at 100 percent, too. I’m going to miss it, being there for people when they call,” Heggins said. “A lot of times, it doesn’t matter what time of the day or night it is, I’ll miss being there in a timely manner. I’ll miss some of the excitement, some of the things that are unresolved. But it’ll be a chance to relax, mentally, and I can’t wait to be more present for my kids.”