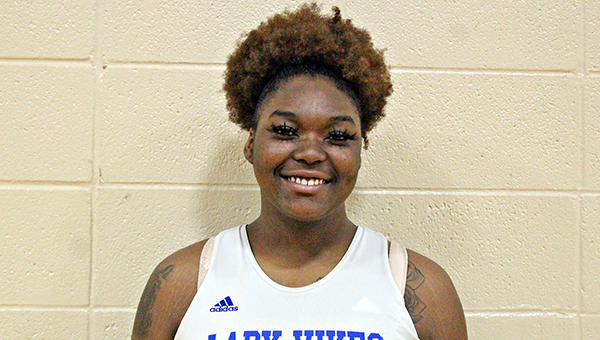 Warren Central basketball player Zy Segrest had 13 points and seven rebounds in a 38-23 win over McComb on Saturday.

The Warren Central Lady Vikes aren’t slowing down for the holidays, or anything or anyone else.

Zy Segrest had a team-high 13 points and seven rebounds, and Ta’Miya Sims added nine points and six steals as Warren Central beat McComb 38-23 in a girls’ basketball game on Saturday.

The win was Warren Central’s third in a row, sixth in eight games, and improved their record to 9-5. The win total is nearly double the five games they won all of last season as they approach the unofficial halfway point of the season.

The Lady Vikes will have several chances to reach double digits before 2021 is over. They’ll travel to Greenville on Wednesday to play Ruleville in a tournament, and then participate in the Copiah Academy Christmas Tournament Dec. 27-29.

Amare Holmes led Ridgeland (5-6) with a game-high 29 points — 24 of which came in the second half, as Ridgeland stormed back from an 18-point deficit to make a game of it. The Titans outscored Vicksburg 21-8 in the fourth quarter, but the Gators were able to hold on.

In the girls’ game, Vicksburg defeated Ridgeland 60-55 to win its eight game in a row.