City of Vicksburg gets $159,000 in infrastructure funds for airport 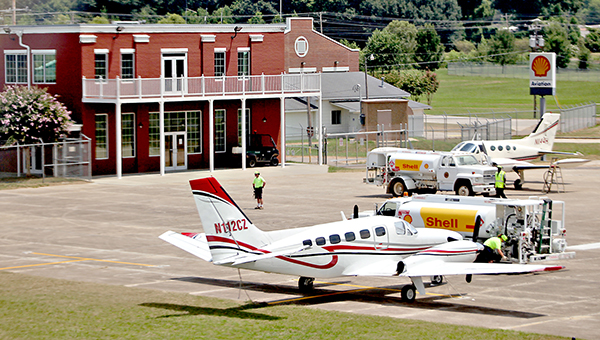 The city of Vicksburg is getting $159,000 in federal funds from the recently passed bipartisan infrastructure package, according to information from U.S. Sen. Roger Wicker’s office.

The money is part of an initial allocation of about $19.86 million in infrastructure money for the state that is distributed among 63 airports across Mississippi for repairs and improvements.

The city in the past has received grants from the Federal Aviation Administration for airport improvements but the money was directed toward specific projects like a recently completed runway drainage project.

“I want to commend (South Ward) Alderman (Alex) Monsour; he’s been working on that tirelessly,” Mayor George Flaggs Jr. said. “This will allow us to move forward with some major improvements to the airport and create more availability from the airport and to the airport.”

Vicksburg Airport Director Ron Davis said he plans to meet with Keafur Grimes of Barge Designs of Nashville, Tenn., the city’s airport consultant, about potential projects. He said renovating two hangars at the airport is the priority.

“We can use that money for anything we want but it’s got to go toward capital improvements, which is what it will be used for,” Davis said. “I really want to get my hangars redone and start making the airport look nice.”