‘Honored to Serve’: Vicksburg-Warren 911 Dispatchers discuss working on the holiday 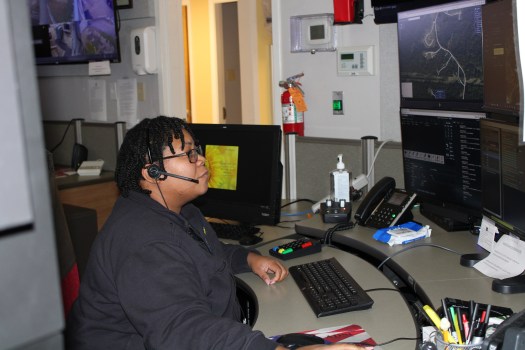 Princess Cooper, one of the newest 911 dispatchers in the county, will mark her first Christmas holiday on the job at Vicksburg-Warren 911. (Photo by John Surratt) 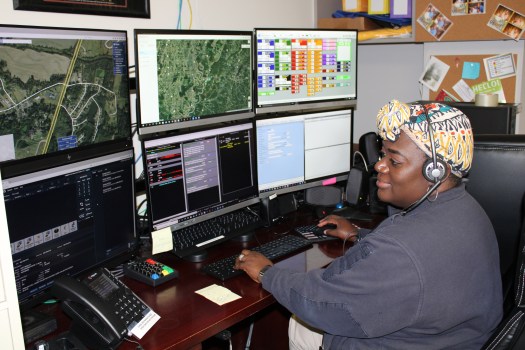 LaWanda Thomas, quality control officer for Vicksburg-Warren 911, will work on Christmas Day. Thomas has served as a 911 dispatcher for four years. (Photo by John Surratt)

While most Warren County residents are enjoying Christmas Day with their families, a group of dispatchers will be seated at their consoles in the Vicksburg-Warren 911 Dispatch Center handling phone calls and directing other first responders to emergencies.

But while police and firefighters may have an opportunity to possibly enjoy some family time during the holiday, the dispatchers must remain at the 911 Center from 6 a.m. to 6 p.m. ready to answer any emergency call.

“We try and have some form of Christmas celebration (at the center),” said LaWanda Thomas, who has been with 911 for four years. “Normally, one of the organizations or churches will bring in food and usually, people on other shifts that are not working will bring something.”

Thomas, who is the center’s training coordinator and quality assurance officer, usually doesn’t work holidays but she volunteered to take the place of a coworker so they could enjoy Christmas at home.

“One of the girls who was supposed to work had a schedule change and she was put on this shift. The shift she was on before wasn’t scheduled to work Christmas, and she had a baby. I told her I’d work for her so she could spend Christmas with her baby,” Thomas said. “Her children are small; I think the oldest one is maybe 5.

“My kids are all grown, I have a 24-year-old, a 27-year-old, a 28-year-old and a 32- year-old. My children are all grown and doing their own thing. When they come over to the house it’s on the evening side, and so we’ll do something that evening.”

Thomas said most of the calls that dispatch receives on Christmas Day are the usual assistance calls they receive during the week, although they may receive more disturbance calls because families and friends get together on the holidays.

And because she is the 911 quality control officer, she said, she pays more attention when she works a shift to what the other dispatchers are saying when they answer calls.

She said dispatchers have a list of questions they are supposed to ask when a call comes in.

“We’re not supposed to add anything to the questions; you have to read them like they’re written,” she said. “When I hear them do that, it’s like, ‘You kidding me?’

For Princess Cooper, working Christmas Day will be a new experience; she’s been a dispatcher for 10 months.

“I’m working the day shift, so we’ll probably have dinner when I get off,” she said. “I’ll get a chance to spend a little time with my children, who are extra excited. They’re all teenagers.”

When she found out she had to work on Christmas Day, Cooper said, she wasn’t surprised.

“It was expected. I know that I work the type of job where we’re needed 24/7, 365. I don’t know what to expect, but each day in itself is unpredictable; anything can happen,” Cooper said. “You just have to be prepared for anything.

“But it’s an honor to be able to serve the city and to be here for anyone who may need us. I’ll be in at 6 a.m. Saturday morning.”