Vicksburg Police Officer gets suspension, probation for actions during arrest 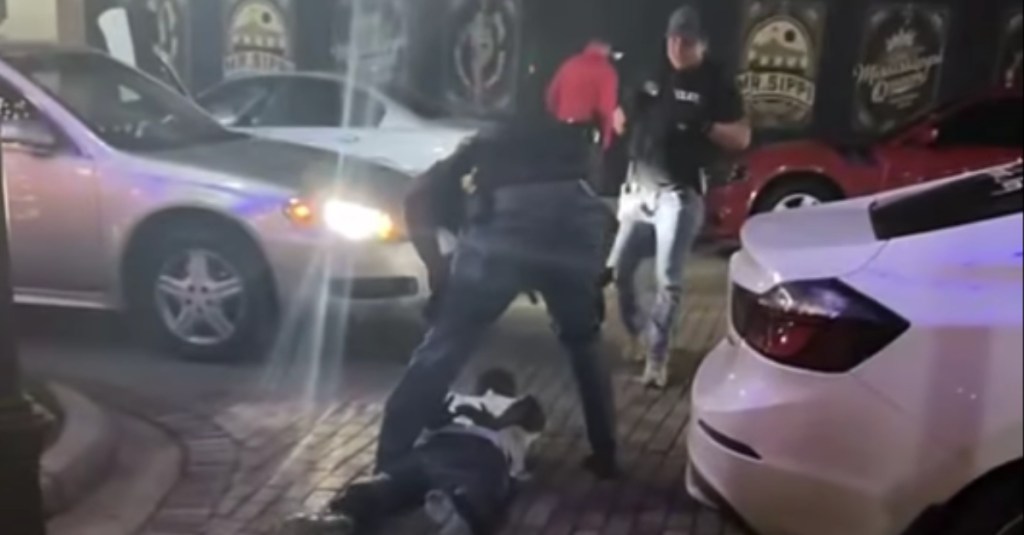 Vicksburg police officer Eddie Colbert was given a 15-day suspension without pay, placed on 45 days probation and ordered to complete an anger management class upon returning to work following a Sunday incident in which he used excessive force while arresting an individual on Washington Street.

The Vicksburg Board of Mayor and Aldermen handed down the suspension after an hour and 20-minute executive session with Police Chief Penny Jones and the police department’s three deputy chiefs. Mayor George Flaggs Jr. said the investigative committee that reviewed the facts and video surrounding the incident recommended the penalty.

“The board has agreed to support the decision of the investigative committee led by Chief Penny Jones,” Flaggs said.

The executive session included several videos from Sunday night, when the incident occurred. Colbert, who arrived just after the board went into the closed session, testified on his own behalf and spoke to the board.

The investigation into Colbert’s actions during the arrest of John Dolley early Sunday morning began after a video was placed on Facebook showing Colbert apparently slapping and pulling Dolley to the ground. Colbert and five other officers were called to the 1300 block of Washington Street about a disturbance involving Dolley. Dolley was later charged with disorderly conduct and disturbing the peace, which are misdemeanor charges. He is out on bond.

“Our agency conducted an internal investigation based on the video we received via Facebook,” Jones said, adding she believed Colbert’s penalty was fair. She said the penalty was determined based on the evidence collected and discussions with the deputy chiefs.

“The behavior of the officer was indefensible in my opinion, but it didn’t rise to a level of termination,” Flaggs said after the meeting. “But he needed to be disciplined because there’s some protocol used that is a training technique, but I think he didn’t have to use it. There was an opportunity where this young man could have been arrested way before Officer Colbert got there.”

Flaggs said officers at the scene asked Dolley to leave the area, but he came back.

“He stopped a vehicle and was pulling a door loose from the vehicle; he had already committed some misdemeanor crimes, but there was no reason to be treated the way he was,” he said. “He should have been arrested sooner; we have to do a better job.”

He said Colbert expressed remorse during the executive session. “He apologized for what he had done; his judgment was not the best judgment he made.”

Flaggs said he came to the meeting with the intention to fire Colbert.

“What I saw from the videos people sent me, I wanted to fire him,” he said, adding he changed his mind after seeing video from the city’s cameras in the downtown district.

“The downtown cameras told the whole story,” he said. “We’re talking about 30-40 minutes prior to a two-minute video. That video was shot when someone saw some action taking place. He committed a crime way before Officer Colbert got there. Those officers (already at the scene) should have really arrested him when he committed the crime.”

Flaggs said the officers were not wearing their body cameras at the time of the incident. He said the city needs to do a better job training its officers and giving officers more sensitivity training.

“It is not going to be tolerated, not in Vicksburg as long as I’m mayor, that our police officers are out there on Facebook, Twitter, Tik Tok behaving the way they behaved,” he said. “It’s indefensible. As mayor, my promise to the city of Vicksburg is this police chief and these deputy police chiefs will start conducting training that will give our officers more judgment and more sensitivity education.”

Jones said she hopes the lesson learned from the incident is “there’s more to a story than what you see. I think everybody should have an opportunity to be proven innocent before you actually say that person is guilty.

“I want the public to know they can depend on the Vicksburg Police Department and we’re going to continue to do a good job for the citizens of the community,” Jones said. “(But) no action should be accepted by any agency that would be crucial to the citizens in the community.”