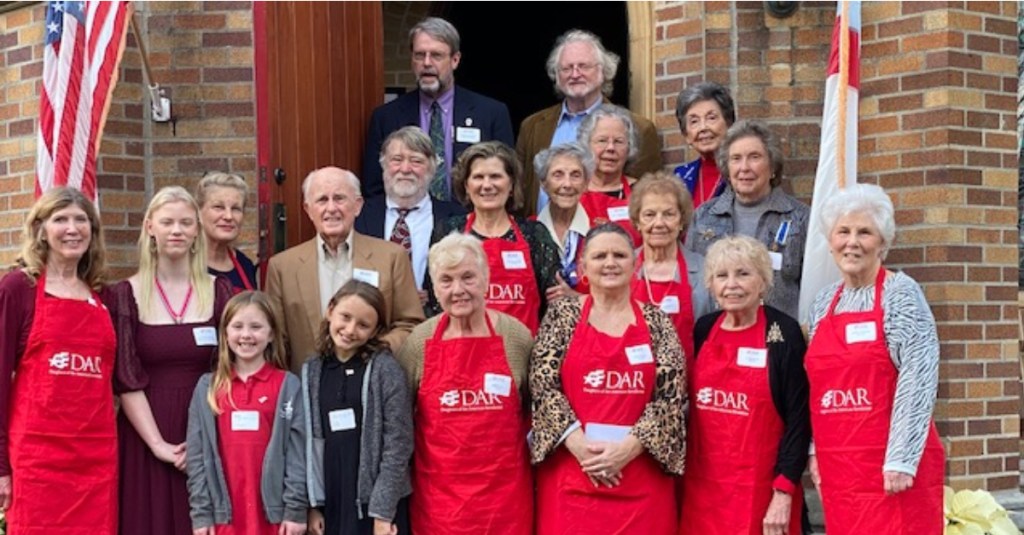 On Dec. 16, the Ashmead Chapter of the National Sons and Daughters of the American Revolution celebrated its 90th anniversary at St. Alban’s Episcopal Church.

Bobbie Beyers Edwards, who serves as the Ashmead Chapter regent, said the celebration also included the recognition of the chapter’s charter members.

“She spoke on the history of the church and the St. Alban’s cemetery,” Edwards said.

Ninety years ago on Dec. 16, charter members of the Ashmead Chapter met in the home of Mr. and Mrs. Nathaniel Hoggatt, 3421 Drummond St., with Mrs. Hoggatt serving as the chapter regent.

Named for both father and son Samuel and John Ashmead from Pennsylvania, Edwards said the reason their name was chosen was that “Most of the organizing members, including Mrs. Hoggatt, were ancestors.”

In fact, Edwards said, to this day, the chapter continues to have descendants of Samuel and John Ashmead in the chapter.

“The women of the Cashman family, who were former owners and Publishers of The Vicksburg Post newspaper, have been members since 1931,” she said.

Descendants of the Hoggatt and Conway families are also members as well.

From the 15 charter members Edwards said, the Ashmead Chapter has ranged from well over 100 members in years past to a current average of 69 members.

“A number of our members are families — grandmothers, mothers, daughters, sisters, aunts, cousins and other connections,” Edwards said, adding, in 2021, the Ashmead Chapter had members in eight states, and represented 88 proven Revolutionary ancestors.

Edwards said the Ashmead Chapter has always been actively involved in community events.

“Ashmead has made many contributions to the Warren County-Vicksburg Public Library Local History Room, to the Old Courthouse Museum Collection, other libraries and museums in the area including the State Archives, and worked to preserve, restore and actively maintain the history of this area,” she said. “We contribute books and materials to the NSDAR Library every year, many that are authored by our own members. We are also involved in the education of our children and the public and have provided college scholarships to area high school seniors for many years.”

On Aug. 17, 1933, the Sarah Randolph Boone Society, Children of the American Revolution, was organized with the help of Ashmead Chapter, Edwards said.