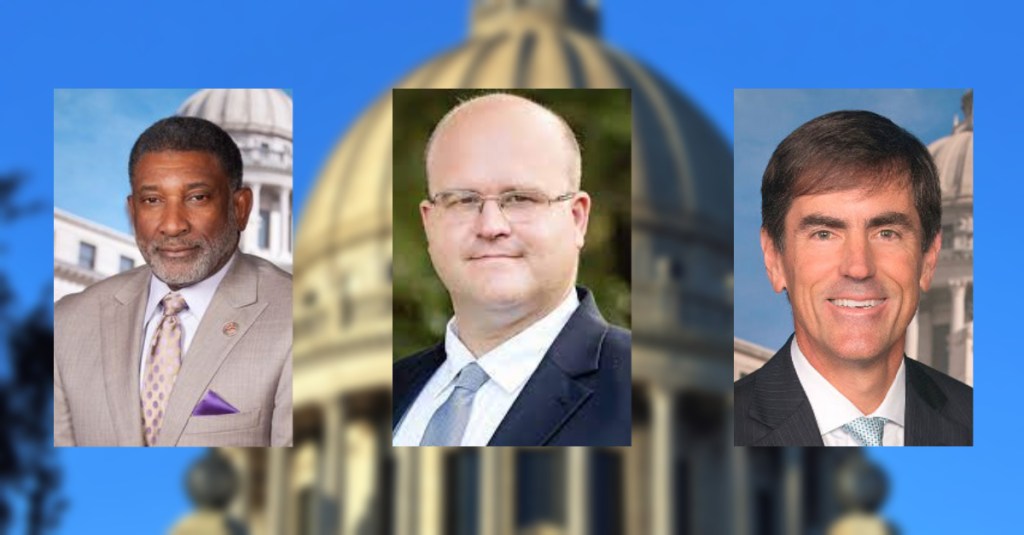 ARPA and infrastructure, marijuana and initiatives, redistricting and the budget.

The 2022 session of the Mississippi Legislature convenes Tuesday, and local legislators say they believe those six topics will be among the “hot” issues up for debate during the 90-day session.

“This could be the year for big issues,” state Sen. Briggs Hopson III, R-Vicksburg, said. “It could be one of the most hectic years in memory.”

One issue legislators believe will be addressed early is medical marijuana, including an effort to rewrite the state’s initiative law, which is a process that allows citizens to address issues and amend the state constitution through the ballot. Mississippi voters in November 2020 approved an initiative to legalize medical marijuana, but the state Supreme Court later overturned the election on a technicality. The court pointed out the initiative failed to meet a provision requiring an equal number of signatures from Mississippi’s five congressional districts could not be met because Mississippi has only had four districts for 20 years.

The court also ruled the state’s ballot initiative process was “unworkable and inoperative” until lawmakers and voters fix the state law and the constitution.

“I would love to see us take that up in the first couple of weeks to fix the initiative process to allow the people of the state of Mississippi to do a ballot initiative and for it to work,” District 54 state Rep. Kevin Ford, R-Vicksburg, said.

Ford said he would like to see the new initiative law be flexible enough “that there shouldn’t be a technicality that stops somebody from getting an initiative through. The citizens should have the right to have that process available.”

“I think we should rewrite it because we’re doing the people a disservice,” Denton said. “We can be in the same situation down the road; we need to do something. We should correct it because we don’t want to go down that road again.”

Another issue that may come early in the session is a decision over the use of the state’s American Recovery Plan Act funds. Mississippi received $1.8 billion in ARPA funds, which were approved by Congress to help revive the economy in the wake of shutdowns because of the COVID-19 pandemic.

Lt. Gov. Delbert Hosemann has indicated he would like to see the state match local ARPA money to help cities and counties with capital projects. Locally, Warren County received $8.8 million in ARPA funds and the city of Vicksburg received $5.6 million.

Hopson, who is the Senate Appropriations Committee chairman, said no decision has been made on the state ARPA funds. He said, however, that he and Hosemann have been involved with a Senate subcommittee appointed by Hosemann to look at the federal money and develop a proposal.

“The subcommittee will report to the full appropriations committee hopefully in the first couple of weeks of the session,” he said.

Ford said there have been no discussions in the House about ARPA, but questioned the idea of providing matching funds for local governments.

“We need to focus on cutting taxes and getting new jobs in the state,” he said.

Another source of federal revenue for the state is the $3.6 billion Mississippi has received for roads and bridges under the federal Infrastructure Investment and Jobs Act.

Hopson said he has talked to Mississippi Department of Transportation Executive Director Brad White, “And he and I agree that this will involve cooperation between MDOT and the Legislature as to how to spend those funds.

One area Ford said he hopes will be considered is Vicksburg’s series of interchanges on Interstate 20.

The I-20 corridor from Vicksburg to Jackson, he said, is the heaviest-traveled corridor in the state, “And we have intersections that haven’t had the investment to update them.”

The most glaring example, he said, is the Flowers exit by the Ceres Industrial Park where Love’s Truck Stop is doing major business and 18-wheelers are “running off the road” because the I-20 exit ramp is inadequate to handle large vehicles.

As far as the state’s budget situation, the legislators believe the state is in a strong financial condition.

“We shouldn’t have a problem,” Denton said. “I think we’ve got more money now than we’ve ever had in the history in this state; we ought to be in pretty good shape. I believe teachers should get a pay raise; I think that should be on the table, too.”

Hopson believes the Legislature will be looking at pay raises for teachers and other employees, adding the state has developed a new employee compensation system called SECC.

“It gives a barometer of state employee pay and how it compares with other states and the private sector,” he said. “I’m really excited about utilizing this system to make sure we’re not relying on anecdotal information and instead relying on good data to make sure our employees are getting paid a fair wage.”

He said his committee will be “working on major budget issues, looking at the budget and tax relief.

“We do have a budget surplus right now and that’s why we’re talking tax relief and putting more money back in the taxpayers’ pockets,” he said.

There are other items, he said, such as additional expenses for the state’s employee health insurance.

That surplus, Hopson said, is about $500 million over the estimates.

“The budget’s clicking along nicely; I think what you have to be concerned about is how much of that is due to the influx of federal funds into the state,” he said.

“I think we’ve got to be very strategic in determining what funds we’ve received from the federal government are increasing the revenue and which funds are from the natural growth of the economy.”

One thing that has to be considered in the budget debate is inflation, he added.

“The infrastructure funds and the ARPA funds are going to push more money into the economy,” Hopson said. “That’s going to increase road building and bridge building, which is good and also include improvements to things like water and sewer projects as well as broadband.”

At the same time, he said, the Legislature has to look “three, four, five years down the road and determine where we’re going to be from a state budgetary standpoint.”

And while the state’s revenue stream is healthy, Hopson said, the Legislature has to be careful to consider which items are recurring expenses and which revenue, like the federal funds, are for one-time expenses like capital projects.

“You don’t want to base your budget on those.”

One area that could affect the budget is a proposed bill by Hopson to eliminate or reduce state taxes on car tags.

Car tags, he said, include fees for counties and highways and other issues.

“I don’t think there is any desire to eliminate any county funds or highway funds, but there’s a state general fund portion and other things that we could hopefully eliminate or reduce to lessen the burden for car tags,” he said.