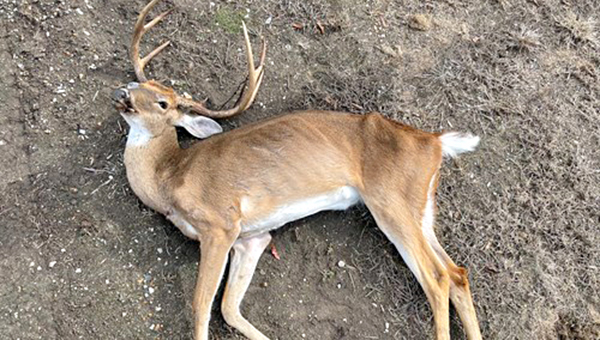 The mature buck was reported to MDWFP in mid-December as potentially diseased given its drastically emaciated and lethargic condition. It was found approximately 4 miles north of Vicksburg and 4.5 miles south of where the first CWD-positive white-tailed deer was detected in Mississippi, in Issaquena County in 2018.

The sample is considered “suspect positive” through initial testing and will be sent to the National Veterinary Services Laboratory in Ames, Iowa for final confirmation.

Since February 2018, 111 CWD-positive white-tailed deer have been detected across nine counties in Mississippi. Two have come from Issaquena County, but this would be the first from Warren County. More than half of the confirmed cases — 57 total — have been in Benton County, along the Tennessee state line in North Central Mississippi.

For the remainder of the 2021–22 hunting season, MDWFP still plans to rely on hunter-harvested deer to detect potential CWD cases. Hunters can submit deer for testing at established freezer locations or participating taxidermists.

There are two drop-off locations in Warren County and one in Issaquena County:

For more drop-off locations and information on CWD, visit the MDWFP website.