City board increases penalty for police not wearing cameras 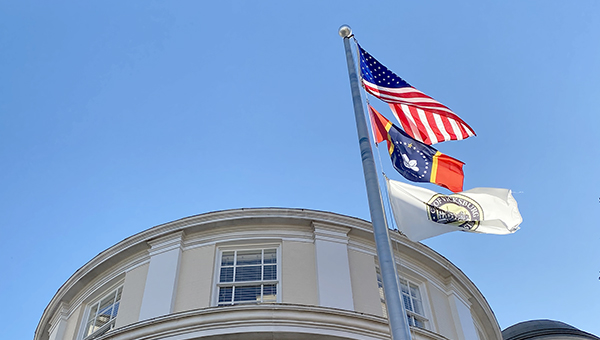 Vicksburg police officers who do not wear their body cameras while on duty could face a five-day suspension under a change to the police department’s policy and procedures manual approved Monday by the Board of Mayor and Aldermen.

The change in policy comes in the wake of a Dec. 26 incident on Washington Street that resulted in disciplinary action against an officer for using excessive force during the arrest of an individual for disturbing the peace and disorderly conduct.

A bystander using a cell phone filmed the part of the incident where excessive force was reportedly used and it was posted on Facebook.

Mayor George Flaggs Jr. said none of the officers at the scene were wearing their body cameras — a violation of department policy that until Monday would have resulted in a one-day suspension.

“None of them (were wearing body cameras),” Flaggs, who is also police commissioner, said, adding the officers were suspended for one day for not wearing the cameras.

“I thought that was not enough,” he said. “The body cameras are too important a tool for us not to wear them. I think if they’re not going to wear it, they should be punished up to five days. We’re serious about those body cameras and the use of them.”