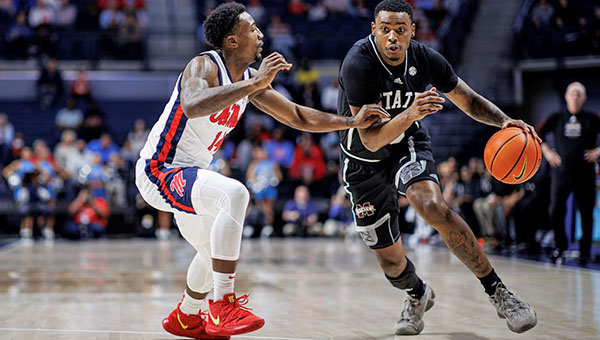 Murrell, whose previous career best had been 19 points, made 10 of 11 shots from the field, including 5 of 5 from 3-point range, and hit 6 of 6 from the free-throw line. Brooks finished with 15 points, a career-high 16 rebounds and tied his career mark with five blocks.

“Last time I felt this in the zone was at IMG (Academy) in high school when I had played on ESPN,” Murrell said. “That was the last time I’ve felt this way.”

Ruffin and Murrell — who scored 23 first-half points — made back-to-back 3s to spark a 12-2 run that gave the Rebels a 14-point lead with five minutes left before the break. Murrell’s fifth 3-pointer gave them a 50-36 lead at halftime. It was Ole Miss’ highest-scoring first half against an SEC opponent since scoring 51 in an 88-61 win over Mississippi State on January 31, 2017.

The Rebels went into the game No. 13 in the conference in scoring at 69.6 points per game.

Tolu Smith, who wasn’t with the team during warmups, did not play (non-disciplinary reasons) for Mississippi State (10-4, 1-1). The 6-foot-11 Smith is a major part of the Bulldogs’ interior presence, and he has averaged 14.2 points and 7.8 rebounds this season. He returned from a toe injury last week against Arkansas and finished with a team-high 18 points, six rebounds and five steals.

Garrison Brooks, who started in Smith’s place, had 16 points and eight rebounds for Mississippi State. Iverson Molinar also had 16 points and D.J. Jeffries scored 13. Cameron Matthews made 4 of 5 from the field and finished with nine points, 10 rebounds, four assists and three steals.

The Bulldogs had won four in a row and was plus-49 in free throws made while averaging 25.5 foul shots per game in that stretch. They attempted just 13 free throws — none in the first 17 minutes — and were minus-4 from the stripe against Ole Miss.

“Obviously, the first half was really disappointing with the way they came out and jumped on us. I thought they were just tougher than we were in the first half, especially on the glass,” Mississippi State coach Ben Howland said. “Nysier Brooks had eight offensive rebounds for the game and five in the first half. Matthew Murrell really got it going on early, and we did not respond because he had 23 points at halftime. We did a better job in the second half because we played better defensively and cut the lead down to seven with four minutes to go. Spotting a good team on their home floor a 14-point lead is a really hard obstacle to overcome.”