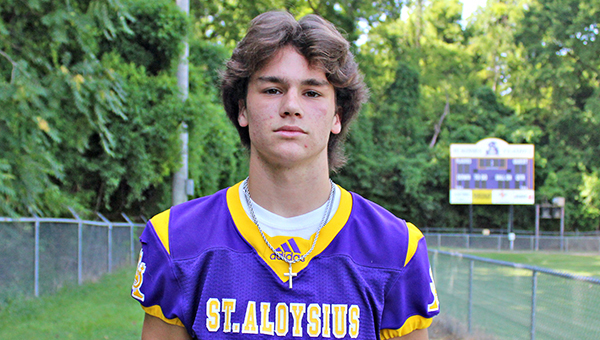 St. Aloysius soccer player Cooper Madison scored five goals to lead the Flashes to a pair of wins at the Greenville-St. Joe tournament on Saturday.

St. Aloysius’ boys’ soccer team doubled up for its first wins of ‘22.

Cooper Madison scored a total of five goals, and five players scored at least once as St. Al won both of its games at the Greenville-St. Joe tournament on Saturday.

The Flashes beat Greenville-St. Joe 4-1 in their first game, and Magnolia Heights 5-1 in the second.

Madison scored two goals against Greenville-St. Joe, and then had three more and an assist vs. Magnolia Heights.
John Ellis Montgomery also had a goal and an assist in the first game, Will Dowe scored one goal and Eli Shiers had an assist.

Against Magnolia Heights, Dalton Windham and Brody Barnett scored goals while Shiers, Dowe and James Powell had one assist apiece. Goal keeper Chase Tucker made two saves in each game.

The pair of victories helped St. Al (7-4) shake off a loss to Brookhaven Academy as it embarks on the second half of its season. The Flashes will next play Thursday, at Washington School at 3 p.m.