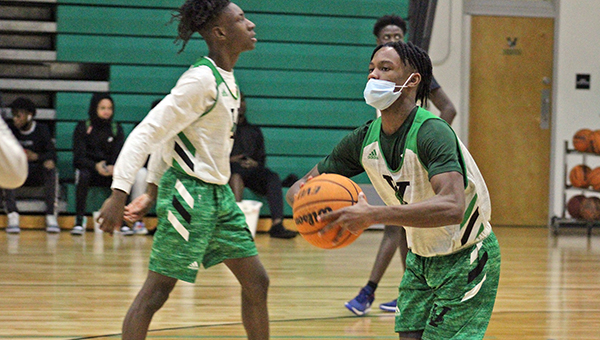 On one side of town, Vicksburg High’s boys’ basketball team went over a game plan they’ll never get to use. Over on Highway 27, Warren Central’s boys’ soccer team practiced while adding two more losses to its record and a few more days to an already lengthy layoff.

In between, the gyms at Porter’s Chapel Academy and St. Aloysius stood silent after school was closed and games were rescheduled or canceled.

The surge in COVID cases linked to the Omicron variant has led all of Warren County’s schools to shut down for a few days. In practical terms, it simply extended a three-day holiday weekend into a more extended break that will serve as a quarantine period. For the high school sports teams trying to stitch together a season, however, it was yet another frustrating speed bump.

Warren Central’s boys’ soccer team has not played since Dec. 18. All five of its games in 2022 have been canceled or forfeited, including two region games.

Not all of them were canceled because of COVID — Greenville simply opted not to play — but it has put the Vikings in a difficult situation. When they hopefully return to the field on Jan. 21 against Pearl, it will be what amounts to a one-game season. The Vikings need to win to qualify for the MHSAA Class 6A playoffs.

Vicksburg High’s basketball teams are also falling behind in the standings. The Vicksburg Warren School District’s quarantine period wiped two more games from the schedule. Only one of the six games originally on the January schedule have been played, and four region games have gone in the books as forfeit losses.

The Gators and Missy Gators aren’t in quite as dire a situation as Warren Central’s soccer team. Basketball has a region tournament that will allow them to play their way into the state playoffs. But the steady stream of forfeits does mean they’re likely to be a No. 5 seed and have to play an extra game or two.

Thursday afternoon didn’t have nearly the apocalyptic feel of March 2020, when the initial stages of the COVID-19 pandemic brought the world to a screeching halt. Unlike that dark time, when we didn’t know what the future held, the expectation now is that we’ll pick up where we left off when the quarantine period ends next week.

This latest phase of our stay on Planet COVID does, however, bring with it a lot of the same annoyances and laments — missed games, missed opportunities, missed memories, missing out on life.

Canceling a few games seems like a trivial side effect when stacked up against the potentially catastrophic results of a global pandemic. But it’s also one of the biggest tragedies of this whole mess.

Time is a precious commodity and it — not health — is what COVID is increasingly stealing from us. At some point, we need to steal it back.