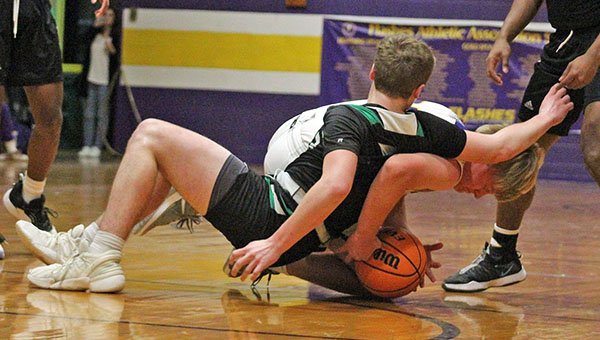 St. Aloysius' Will Keen and Cathedral's Jake Hairston get tangled up while going for a loose ball in the first half of Tuesday's game. (Ernest Bowker/The Vicksburg Post) 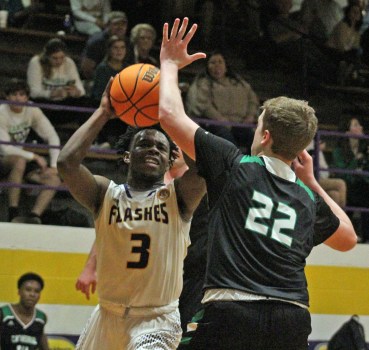 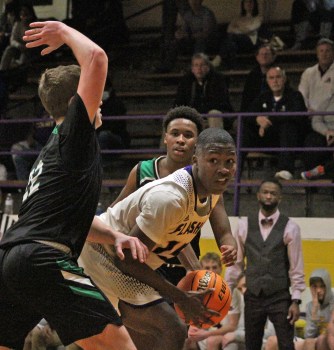 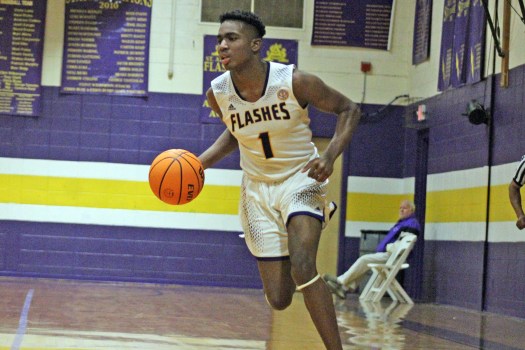 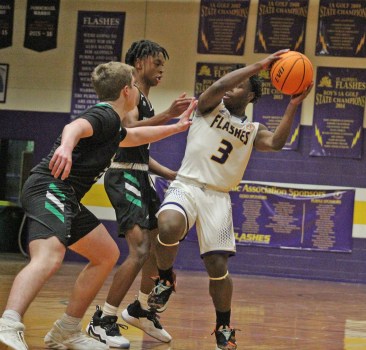 St. Aloysius made more than its share of mistakes Tuesday night, but that wasn’t its biggest problem.

No, the biggest problem was that Cathedral simply answered everything the Flashes threw at them down the stretch.

Kaden Batieste scored 12 of his 18 points in the fourth quarter, Christian Wright finished with a game-high 33 points, and Cathedral one-upped its Catholic school rival to the north 81-69 in a boys’ basketball game on Tuesday.

“I thought our guys played their butts off. We have five or six guys in the rotation,” said Cathedral coach Taylor Strahan, whose team earned its first district win of the season. “St. Al just wasn’t hitting. That’s how it is sometimes in high school. Sometimes you’re on, sometimes you’re off.”

Cathedral took the lead for good with a big run late in the third quarter. After the Flashes rallied to tie it at 46 with 1:56 remaining, Cathedral closed the quarter with a 10-2 run capped by Wright’s 3-pointer at the buzzer.

St. Al (8-11, 2-5 MAIS District 3-5A) scored 21 points in the fourth quarter, but never got closer than eight again. Each time it hit a basket or got ready to make a run, Cathedral seemed to respond in kind. The Green Wave’s biggest lead was 15 points with about a minute to play.

“It’s a gut puncher. You get a couple of stops in a row, which our goal is always to make three stops in a row, and then you get there and they counter,” St. Al coach Anthony Lumpkin said.

Lumpkin added that turnovers hurt the Flashes, including during the pivotal run in the third quarter. They had 23 turnovers total to offset a number of solid individual performances.

Lazaveon Sylvester led St. Al with 25 points, and three other players were in double figures. Padre Gray made four 3-pointers and finished with 14 points. Will Keen and Carter Magee scored 10 each, and Korey Sims was right behind with eight.

“We had 23 turnovers. Same story from our last game when we had 27 turnovers, so that’s 50 turnovers in our last two games. That makes a difference. That’s 23 opportunities that we don’t get to score. It’s frustrating, that’s for sure,” Lumpkin said. “We just gave the ball away. We have to do a better job of making decisions, and making better passes. We’ll fix it.”

Both teams were playing after nearly a week off because of various COVID-related issues. Neither had even practiced much, if at all. St. Al had been out of school since Thursday and canceled two games — one of them a district game vs. Madison-St. Joseph that will count as a forfeit loss.

Both coaches said the layoff affected their teams at some point.

“We planned on that. We knew that was going to happen,” Lumpkin said. “I think we hit a wall, initially, and then we pushed through that wall. And then we hit another wall and couldn’t get through it.”