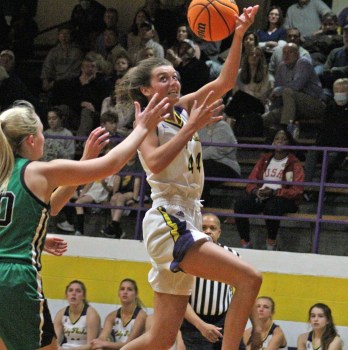 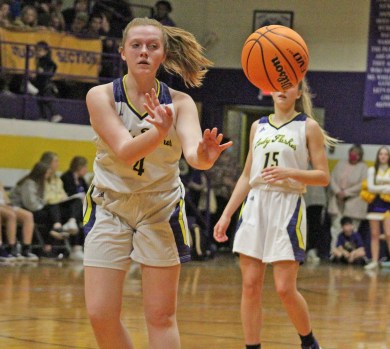 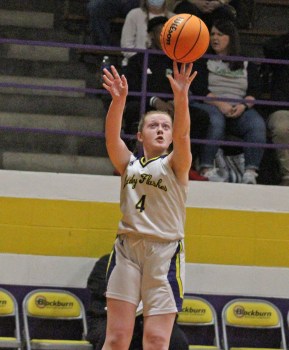 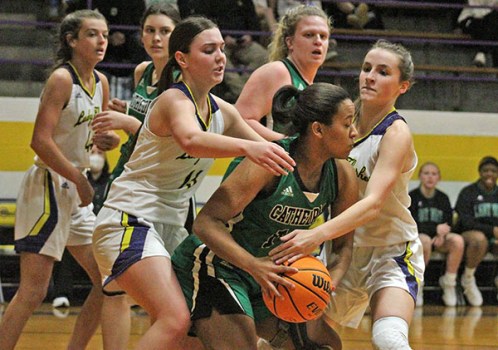 The St. Aloysius Lady Flashes had a great start and a decent enough finish against Cathedral. It was everything in between that was a bit of a mess.

The Lady Flashes only scored seven points total in the second and third quarters, which opened the door for Cathedral to erase an eight-point halftime deficit and claim a 49-41 victory against its Catholic school rival on Tuesday.

“The girls have been out because of some protocols, so we haven’t practiced. Getting back on the floor and getting back in rhythm, it took us a minute to do that,” Cathedral coach Bernita Dunbar said. “We still left a lot of shots on the floor. But overall I’m very proud that we were able to recover and come out with the win.”

St. Al, though, couldn’t sustain the momentum it built during an outstanding first quarter. After scoring 17 points in the first eight minutes, the Lady Flashes limped into halftime with a 21-13 lead.

The swoon continued into the third quarter. St. Al did not make a field goal until McSherry’s jumper with 3:40 left and was outscored 15-3 in the period. Cathedral turned its eight-point deficit at halftime into a 28-24 lead.

“They killed us with a couple of 3-pointers. We adjusted and came back. Our defense was awesome. Our free throws killed us,” St. Al coach Savannah Buck said. St. Al went 11-for-27 at the free throw line for the game.

St. Al did respond early in the fourth quarter. A 3-pointer by Lusby with 5:56 remaining put it in front 33-32, but Cathedral answered with a 10-3 run to regain the lead and some space.

The Green Wave eventually led by as many as 11 before a 3-pointer by Lusby in the final seconds brought the final margin back into single digits.

Cate Drane led Cathedral with 19 points, with most of it coming on five 3-pointers. Three of her 3-pointers came in the third quarter.

“I am very proud of the way they responded, because they could have given up when the tables turned,” Bernita Dunbar said. “I’m proud of this win because they did not give up. They played until the buzzer.”

Buck was proud of St. Al, as well. The Lady Flashes had not practiced or played since the middle of last week because of a COVID-induced school shutdown. Buck said the team was out of rhythm a bit, but she was still happy with their effort and hustle following the long layoff.

“They played really, really good. Especially for us not practicing for a week because of COVID,” Buck said. “I had COVID, my mom had COVID, we’ve all been out. So for them to not practice at all and play like that, I’m proud of them.”