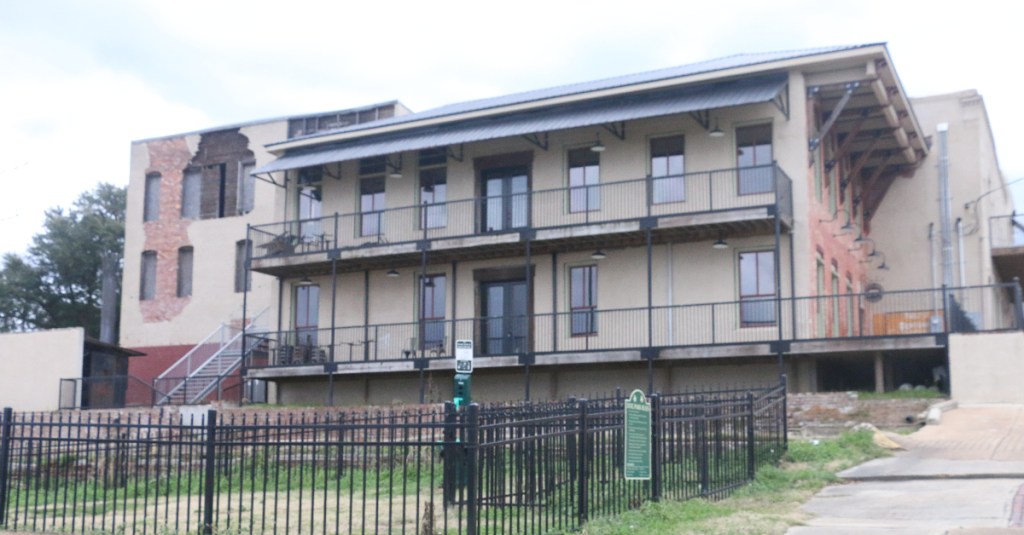 The desire to live in downtown Vicksburg continues to grow, and to meet the demand additional rental property will soon be developed.

Mary Jane Wooten and Robert McConnell, owners of Two River Cats LP, have purchased The Mississippi Barbeque Company property on Grove Street and will be converting part of the building into six, one-bedroom apartments.

The pair also purchased the single-family house located behind the former restaurant, and Wooten said plans are to convert the home into a duplex, with each apartment having two bedrooms.

While the home appears to be dilapidated and looks like it’s going to fall down, Wooten said, “It does have good bones.”

The approximately 4,500 square-foot property, Wooten said, has high ceilings, beautiful windows and a great view of the Mississippi River.

“I have contemplated selling them because it’s going to be gorgeous,” she said, especially since they will have two bedrooms with en-suite bathrooms. “I think I can sell something like that, which will help us start comps.”

Currently, Wooten said there are no condominium-like properties being sold downtown, because there is no price-point comparison for a seller.

“The whole dilemma with condominiums is that we don’t have comps (which are a comparison of two or more similar properties in the same market that were recently sold and are used as a tool for evaluating the potential value of an investment property),” Wooten said.

The problem was almost remedied with the construction of the now-defunct condominium projects at Washington Street Park and Mulberry Street, but the Jackson-based developer for that project backed out earlier this month.

“I was hoping the guy from Jackson would be first to the market,” Wooten said, but since he backed out, someone else will have to “fight the battle” of finding comparable properties or having their buyer pay cash.

Wooten said a portion of The Mississippi Barbeque Company property will remain a restaurant; it will just have a smaller footprint.

“I am looking for a restaurant tenant,” she said.

Construction is set to begin on converting part of the restaurant into the six high-end apartment spaces in about two weeks, Wooten said, with the hope they will be finished by late spring or early summer.

“The building is in great shape. All I have to do is put firewalls up and put in kitchens and bathrooms. This is not a hard renovation,” she said.

Renovations to convert the adjacent home into a duplex have yet to be scheduled.

Wooten said the duplex will be phase two of the company’s project.