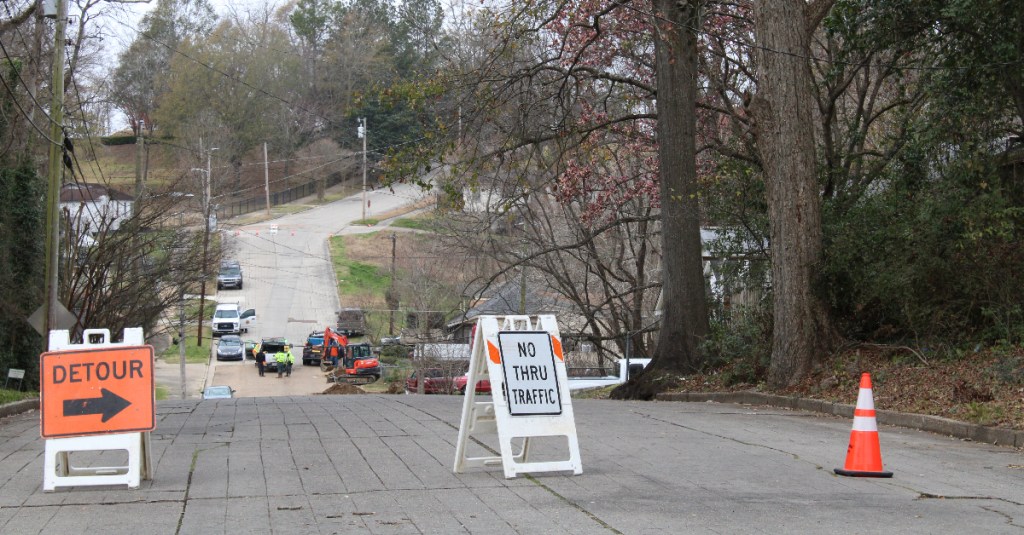 The intersection of Speed and Letitia Streets was blocked off Friday morning as crews worked to repair a gas leak. (Photo by John Surratt | The Vicksburg Post)

A portion of Speed Street was blocked off Friday morning as crews from the city of Vicksburg worked to identify and repair a gas leak.

The leak was found in the 1000 block of Speed Street, near the intersection of Letitia Street. According to city Superintendent of Water and Gas Dane Lovell, it was a 4-inch gas main leak.

To repair it, city crews went on both sides of the line and squeezed it to stop the leak. At 9:30 a.m. Friday, crews commenced the repair process. Lovell estimated repairs would take an additional two to three hours.

“We did not lose any customers, so that’s a good thing,” he said.