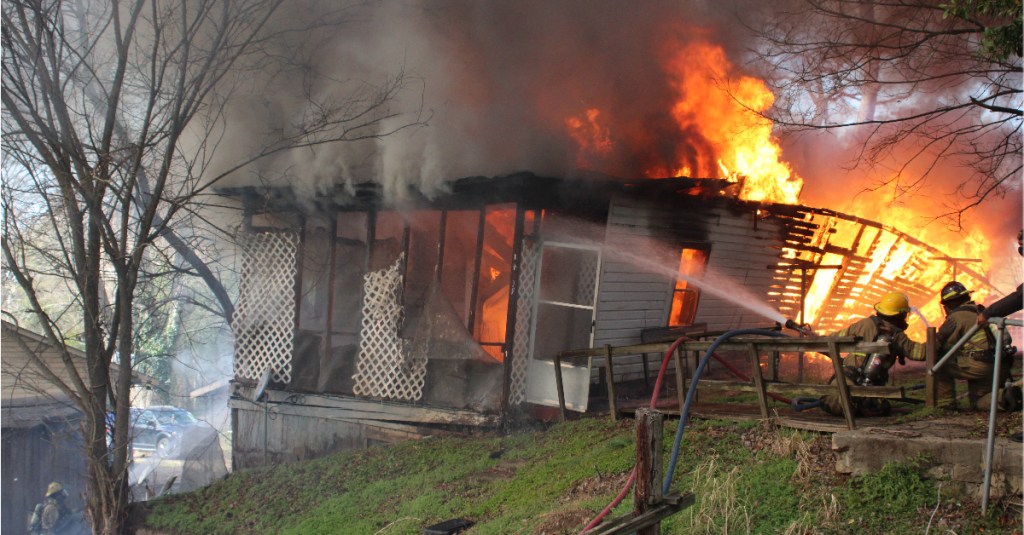 Fire Chief Craig Danczyk said firefighters were notified of the fire about 1:19 p.m. and arrived to find flames coming from the rear of the building. Smoke from the fire could be seen from Monroe Street in the downtown area and smoke covered areas around James E. Sturgis Sr. Street near the blaze.

Danczyk said firefighters unsuccessfully attempted to enter the house to fight the blaze and were forced, due to safety concerns, to fight the fire from the outside and protect two nearby homes.

He did not know if anyone occupied the house, but said the home’s electric meter had been pulled and there was no gas service. The cause of the fire is undetermined and is under investigation.

Danczyk said three factors contributed to the damage: the age of the home; the amount of wood in the home; and its metal roof, which prevented the fire from venting and forced the flames to move laterally and spread.

Besides Danczyk, Engines 2, 6 and 7, an ambulance, rescue and Battalion Chief Henry Williams responded to the fire.