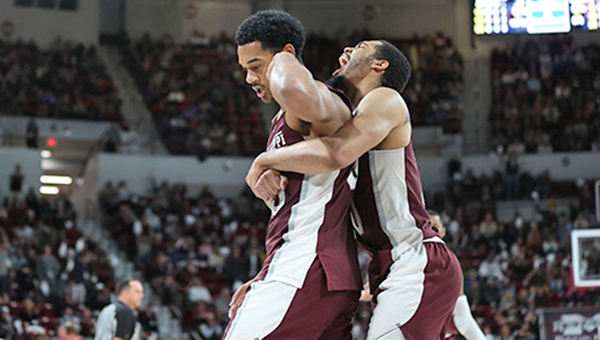 STARKVILLE — Two weeks after taking a loss to its fiercest rival, Mississippi State flipped the script.

Iverson Molinar scored 20 points, topping the 1,000 mark for his career, and Mississippi State rolled to a 78-60 victory over Ole Miss on Saturday.

The Bulldogs (13-5, 4-2 Southeastern Conference) avenged a 10-point loss to the Rebels in Oxford earlier this month, and won for the third time in four games since then.

Mississippi State plays at No. 12 Kentucky on Tuesday.

“We took it personal from the last game, and I feel like we did it the right way. We played tougher, we played aggressive, and we played together,” Molinar said.

Ole Miss (9-9, 1-5) lost its fourth consecutive game, three of which have been by double digits. It faces a quick turnaround, with a home game Monday against Florida that was rescheduled from Dec. 29 because of COVID-19 issues.

It’s the first of three games in Oxford next week. The Rebels also play Arkansas on Wednesday and Kansas State next Saturday.

The Rebels trailed 42-41 at halftime Saturday, but went 7-for-21 from the field in the second half. They only shot eight free throws in the game as well.

“It was a great atmosphere and I thought the first half was played at a high level. We just played confidently offensively, the ball moved, we got downhill,” Ole Miss coach Kermit Davis said. “The second half, the game was just points in the paint and points off turnovers. Our inability to take care of the ball gave them a lot of turnovers, and then we just couldn’t guard them around the goal.”

Molinar, the reigning SEC player of the week, also had four steals.

“It’s been a journey. I put the work in. I’m just proud and happy. It’s not just 1,000 points. I’m going to keep going and putting the work in,” Molinar said. “I’m happy. A little kid from Panama City coming to Mississippi and scoring 1,000 points in college for Mississippi State is huge.”

Ole Miss (9-9, 1-5) closed to within 51-49 on a jumper by Nysier Brooks with 13:21 remaining, but Javian Davis scored on a layup, Molinar sank a 3-pointer and Jeffries followed with a three-point play as Mississippi State scored 15 straight points to grab a 66-49 lead with 7:06 left. The Rebels never threatened after the MSU run.

“I thought the second half was the best basketball we’ve played in quite a while, especially on the defensive end,” Mississippi State coach Ben Howland said. “To hold them to 33 percent after the way they scored on us so easily in the first half speaks to how hard our guys played.”