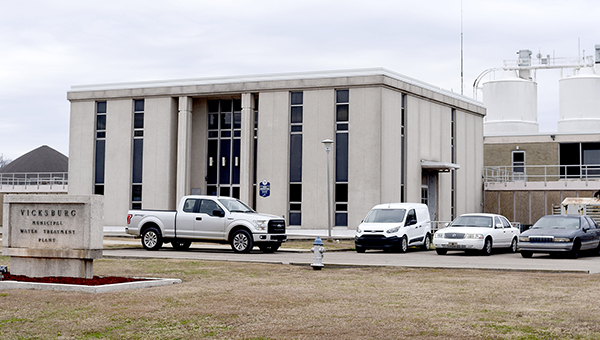 ESG Operations, the Georgia-based company operating the city of Vicksburg’s Water Treatment Plant on Haining Road and its wastewater treatment plant on Rifle Range Road has merged with another company, the Board of Mayor and Aldermen learned Tuesday.

Speaking to the board at its Tuesday meeting, Dan Groselle, co-founder and principal for ESG, said the company merged in late 2021 with Inframark, a Pennsylvania-based company like ESG that operates, manages and maintains water and wastewater treatment facilities.

Inframark, Groselle said, “Operates a number of facilities in the Clinton area.”

The merger, he said, gives ESG an opportunity to grow its resources in Mississippi.

After the meeting, Groselle said the companies are still in the process of “sorting out what we’re going to be.”

He said the merger should not affect ESG’s operations in Vicksburg.

“What we’re trying to do is get more resources in the area and they’ve got quite a big presence around Jackson and in North Mississippi and we’ve got a presence (in North Mississippi) with a plant in Tupelo. What we’re trying to do is give ourselves more support in the area,” he said. “We’re not going to change any onsite personnel; no changes here.”

According to its website, Inframark announced the merger on Oct. 15. The release indicated that Inframark has been in business for 40 years managing water-related infrastructure and employs more than 1,800 people serving more than 300 public and private sector jobs in 22 states.

The Board of Mayor and Aldermen hired ESG of Macon, Ga., in 2015 on a temporary basis to operate the plant after then-water plant director Pat McGuffie resigned to go work for the Culkin Water District, leaving the city without a certified water plant operator.

A year later, the board approved a long-term contract with ESG to take over day-to-day operations and management of the water treatment plant.

In 2018, the board approved a contract with ESG to operate the city’s wastewater treatment plant on Rifle Range Road.