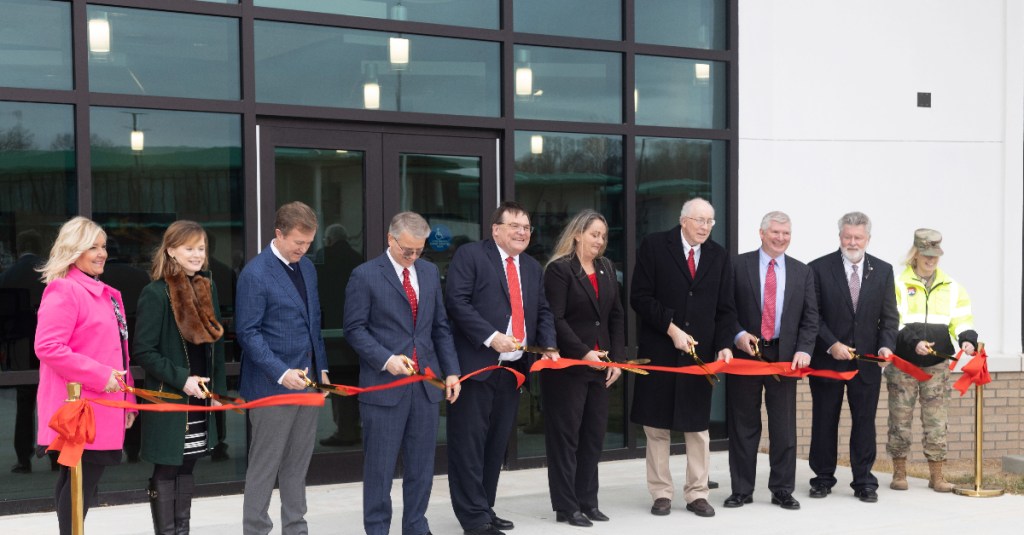 “This is a pretty exciting time,” said Dr. David Horner, director of ITL. “Over the last 30 years, ITL has really grown in its capability, its innovation and its impact to the DoD. One of the key aspects is our continued development of world-class facilities.”

The new SRC facilities were funded in 2018 and consist of office space and conference rooms. The facilities also serve as home to one of five DoD High Performance Computing Modernization Program DoD Supercomputing Resource Centers. Additionally, 10,000 square feet of raised floor space provides ERDC-ITL the ability to field large-scale supercomputers to DoD Science and Technology and acquisition communities, allowing them to solve some of DoD’s most challenging supercomputing workloads.

“The Supercomputing Research Center has long been a source of groundbreaking research and innovative problem solving within ERDC, and I have no doubt this new facility will only amplify that,” Horner said.

“It’s easy for us to recruit top-tier national talent because we have these wonderful facilities, amazing computers, and we do high, impactful work,” Horner said. “We are here today because of these people that made the investment and had the vision of where we needed to be.”

“We have come a long way from trailers to this kind of facility,” said Bobby Hunter, director of the Supercomputing Research Center, recalling where the SRC originated early in his career. “This kind of facility really pronounces the fact that you’re a world-class organization. Facilities such as this make that clear to people, especially when you’re doing recruiting. This is an impressive feature that we can share with them and get them excited to come work with us.”

“Mississippi has two of the DoD’s supercomputing centers sitting right here in this great state, and we comprise over 50 percent of the HPC capability provided throughout the entire DoD,” Hunter said.

The facilities were made possible through the collaborative efforts of many, including ERDC’s partnership with Entergy to provide a new and cost-efficient solution to onsite backup power using natural gas generators.

“While the generators’ primary purpose is to support the facility in the event of a power loss, Entergy can also use the generators to provide additional capacity to the grid during peak usage times,” explained Dr. David Pittman, ERDC director. “This is a great example of how ERDC works with partners and thinks outside the box to come up with the best solutions for the Army, USACE, ERDC and the nation.”

“This facility is very important to this country, this state and this community, and therefore it’s a very important customer to us,” said Haley Fisackerly, president and CEO of Entergy Mississippi.

“We don’t do anything significant without collaboration and partnerships, so the ability to work with Entergy to come up with sustainable, reliable power for these supercomputers is so important for us to do our mission,” said Horner. “We sit here as one of the top-tier investments that the DoD makes in computational power to help support our warfighter, and the facilities we’re opening today are very important to the overall mission that ERDC and ITL have to support the DoD. This facility opens the door to a world of new possibilities, and I’m excited to see what the future holds.”