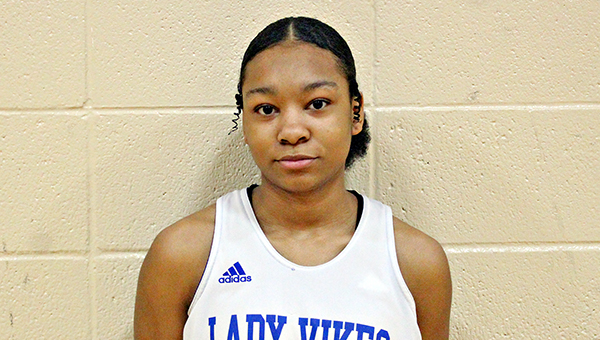 Calise Henyard only scored two points Tuesday night, but they were the two that mattered most.

The Warren Central sophomore hit a layup with 15 seconds left for the go-ahead basket, and the Lady Vikes heald on from there to beat Terry 30-28.

Warren Central (14-9, 2-3 MHSAA Region 6-6A) snapped a three-game losing streak — two of which were COVID-related forfeits — and clinched at least the No. 3 seed for the upcoming region tournament.

The Lady Vikes will finish the regular season on Feb. 1, with a home game against Northwest Rankin.

Caples finished with a double-double, with 10 rebounds and five steals to go along with her 10 points. Sims had eight rebounds and four steals, and Carter grabbed six rebounds.

Marshall scored 16 of his points in the first half. Braden Hughes added 10 points for the Patriots (9-12, 3-3).
Davian Williams led Vicksburg with 13 points and Malik Franklin scored seven.

Warren Central cut a double-digit halftime deficit to six, but couldn’t get over the hump against the talented Bulldogs. Taylor Mitchell led the Vikings with 13 points and Garrett Orgas-Fisher scored 11.

“We cut the lead to six and they made a run. They’re very athletic,” Warren Central coach Keith Williams said. “We did things we can’t afford to do, like make turnovers and miss layups.”