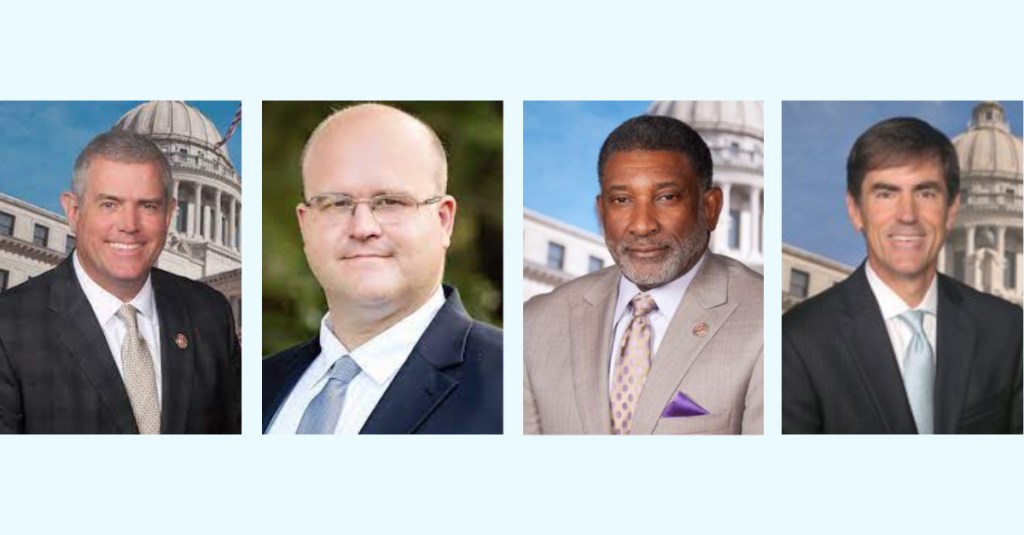 A bill under consideration by the Mississippi Senate could make Mississippi the 10th state without a state income tax by 2034.

The New Hampshire Senate passed legislation to phase out the investment income tax by 1 percent per year over five years, with full implementation by 2027, making New Hampshire the ninth state without an income tax.

House Bill 531, known as the Mississippi Tax Freedom Act of 2022, which would make Mississippi the 10th state, passed the House Jan. 12 by a 107-4 vote and proposes to phase out the state’s income tax over a 12-year period.

“I just believe that allowing our citizens to keep more of their hard-earned money is a good thing; there’s really no downside to it,” said Speaker of the House Philip Gunn, the bill’s author. “Eliminating the income tax lets them do that. They’re better able to provide for themselves, provide for their families, improve their quality of life, give more to their church, more to the community.

“We’ve been looking at doing that for a long time,” he said.

The plan proposes to cut an estimated $2.2 billion over 12 years by eliminating the state income tax, which Gunn said collects about $1.8 billion annually, reducing the sales tax on groceries from 7 percent to 4 percent and cutting the cost of car tags by half.

According to the Mississippi Department of Revenue, he said, about 48 percent of the state’s taxpayers earn $40,000 or less.

“In 12 years you get to the point where nobody is paying income tax,” he said.

The lost revenue to the state will be recovered through growth and increasing the state sales tax from 7 percent to 8.5 percent. The sales tax increase would raise an estimated $700 million a year.

“We cut the grocery tax in half, so you can’t use that anymore,” he added. “When you say sales tax is going up a penny and a half, people need to realize that is an insignificant increase in their expense compared to what they’re getting back by keeping their income tax. Do the math.

“To eat up that $1,300 at a penny and half increase of the sales tax they (a taxpayer) would have to spend $86,000 (in a year),” Gunn said. “They will never spend more money than they will get back on their income tax. On top of that, they get to cut their car tag in half and they get to cut their groceries bill. The amount of savings they’re getting is more than just the $1,300.

“On the one side, you give the people back $2.2 billion and you’re taking back $700 million; it’s a $1.5 billion tax cut to the citizens,” he said. “That’s significant; that’s huge and that’s what I’m calling transformative. That’s how you change lives and put money back in their pockets.

“That $1.5 billion will be phased out over a period of 12 years through growth, so we won’t run off that $1.5 billion immediately,” he said. “We have in the bill some protections against cutting our tax revenue in a year when things might not go so well.”

Gunn said the bill has a provision that puts a 1.5 percent spending cap on growth.

“We look at our revenues year over year,” he said. “This year it’s $6 billion; next year it may be $6.5 billion. So 1.5 percent of that growth goes back into the budget; everything over that 1.5 percent is issued to phase down the income tax each year.”

He said the state’s average fiscal growth over the last 10 years has been 3.2 percent and the state’s economy is expected to continue at that rate.

“I don’t know if there’s any more important thing we can do for the state of Mississippi than moving away from taxing people’s income and going to a sales tax that is broadly based for the whole state,” District 54 Rep. Kevin Ford, R-Vicksburg, said.

“You can’t cut $1.8 billion out of the budget without having to replace it. Texas and Tennessee ended up having more sales tax but we will be less than them,” he said. “Cutting people’s car taxes in half will also be a benefit for every taxpayer in the state who buys a car tag.”

Having a state income tax puts Mississippi at a disadvantage when landing large businesses, Ford said.

Dist. 55 Rep. Oscar Denton, D-Vicksburg, said lowering the car tags and the grocery tax “made it very hard for me not to vote for it.”

State Sen. Briggs Hopson, R-Vicksburg, said he has looked at the bill and is examining historical information on the state’s economy, revenue growth and inflation “and I’m trying to factor in considerations like the federal funds that are factored into our economy and also the budget cuts we had two years ago that are still having some effect on our state budget.”

Hopson, who is chairman of the Senate Appropriations Committee, said he is also looking at the House’s numbers “along with some other tax possibilities to see what we can come up with in the Senate.

“I don’t think the Senate is inclined to pass the House bill as is because of the tax increases and some other issues,” Hopson said. “I’m looking at all options to see if we can come up with a possible tax relief plan for the citizens.”

Gunn said he challenges anyone objecting to the plan “to show me the numbers. We can do a lot of political rhetoric about the sales tax and the reality is no one has provided the data to back them up. Part of the beauty of this (bill) is that it gives tax relief to the lower income brackets first.