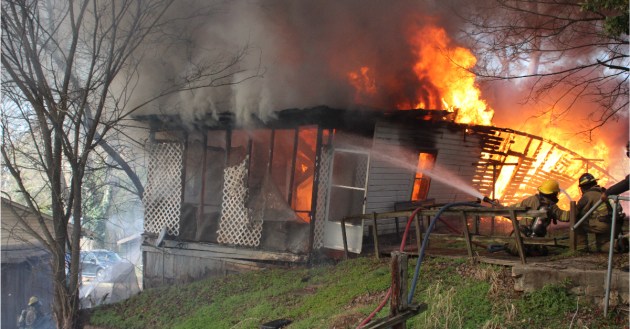 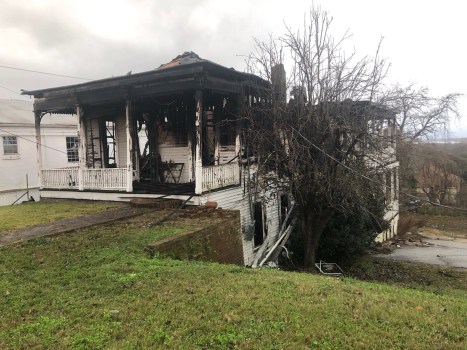 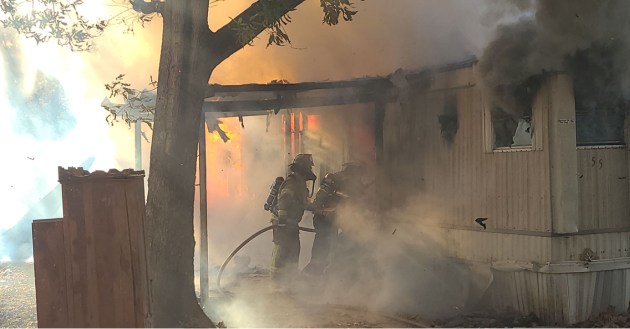 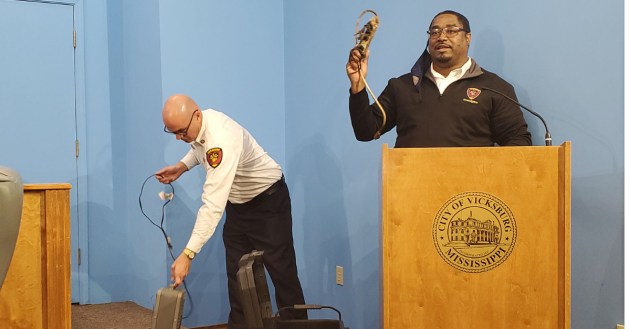 Vicksburg fire investigator Nathaniel Williams holds up a scorched power strip during a program on fire prevention at Monday's Board of Mayor and Aldermen meeting. (photo by John Surratt | The Vicksburg Post)

“Stop Drop and Roll” is a phrase taught to school children in the event their clothes catch on fire.

Stop whatever you are doing, drop to the ground and roll. Learning these three simple steps could mean the difference in life or death.

Knowing what to do in the case of a fire is imperative, but it is also important to know how to prevent a fire from occurring.

In January, more than a dozen fires broke out within the Vicksburg city limits, and Warren County also saw its fair share.

Regrettably, most of these fires could have been avoided if safe fire practices had been observed, Vicksburg Fire Department Chief Craig Dancyzk said.

“We have witnessed some unsafe practices in the last 60 days on some of these fires, and I really want people to take a moment to make a decision, the safest decision,” Dancyzk said, before they do something risky or dangerous that could cause a fire.

One way to prevent fires from occurring in a home, he said, is to do a walk-through looking for anything that could potentially become a fire hazard.

“There may be a lamp with an old cord and it’s time to put the lamp down. And maybe it’s time to throw that old extension cord away. It could be thin and a little dangerous,” Dancyzk said, adding he does not recommend keeping any extension cord for a lengthy period.

It is also not recommended that an extension cord be used with major appliances like a freezer or refrigerator. If an appliance cord is not able to plug directly into the outlet, Danczyk recommended calling in an electrician and having them install an outlet closer to the appliance.

Another potential fire hazard involving appliances is when too many are plugged into one outlet.

“I’ve been to a commercial business where they were running chest freezers and commercial refrigerators from an extension cord to a surge protector to a wall outlet,” he said. “That’s no good. That’s way too much electrical current running through one device.”

Being mindful of how much wattage is being pulled is essential when using extension cords and surge protectors, Danczyk said — that not only includes appliances, but also computer devices.

When setting up a home office, look for surge protectors — typically the pricier ones — that have higher wattage and ratings, he said. And it is not recommended to plug one surge protector into an outlet of another surge protector that will be going into a single wall outlet.

Be mindful of where cell phones are being charged when retiring for the evening. Putting a cell phone in the bed with you could potentially cause a fire, Dancyzk said.

Also, when scoping out any potential fire hazard in the home, be sure to consider the age of the house.

Danczyk said older homes can have faulty wiring and or aging HVAC systems that can cause a fire.

“Everything has a useful life, but anything mechanical will fail eventually,” he said.

Indicators include air and heating units not working properly or electrical breakers that keep tripping.

This is the time to call in a professional, Danczyk said, so he or she can address any possible safety issues.

“Peace of mind is worth a phone call,” he said.

Additional measures to prevent a fire include cleaning out the lint filter of a dryer.

“Lint is very flammable, and we have been to fires where that was the ignition source,” Dancyzk said.

There is also a risk of fire when you open the door of the dryer mid-cycle when it is still hot, he said.

Warren County Fire Coordinator Jerry Briggs said when using a space heater, make sure it is at least three feet from anything flammable including curtains and bedding.

“A lot of older space heaters don’t have the automatic cut-off if they fall over, and that is what you see in a lot of these older homes. If a cat goes by or dog goes by and knocks it over, it doesn’t shut off,” he said.

Thus, a more up-to-date heater should be used.

Both Danczyk and Briggs said using common sense is often times the most effective tool in preventing fires.

This especially applies when cooking.

According to firefightergarage.com, 49 percent of fires are kitchen fires with grease fires being the most common.

Briggs said throwing flour or water on a grease fire can make it worse. He suggested either putting the lid on top of the fire to snuff it out or closing the door if the fire is in the oven.

“I would also stress getting out of the structure and calling 911. Early activation of 911 is always better,” Briggs said.

Fire can be a friend. It can light the way in dark places, warm us in the cold and serve as a means for cooking food.

But if not controlled, fires can become destructive and deadly.

So, make sure your home has a working smoke alarm, Briggs said, as well as having a good fire escape plan.