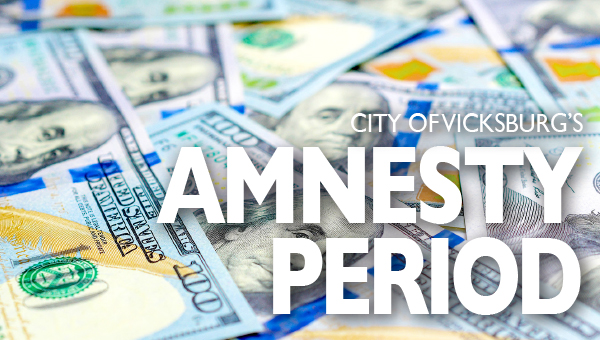 Beginning Feb. 1, people who owe back fines to the city of Vicksburg have the opportunity to pay them off and avoid an arrest warrant and possible jail time.

Vicksburg Municipal Court is holding its annual amnesty period through April 30 to give people with past-due traffic and misdemeanor fines the opportunity to pay them off and avoid receiving an arrest warrant for contempt of court.

“It’s an opportunity for people to avoid getting a warrant and having an arrest record and avoid other fees they may have to pay out of their pocket for things like expungements (clearing a record),” said Municipal Court Clerk Kayla Hudson.

She said the court’s fines and warrants database is on the city of Vicksburg’s website, “so anyone can go there and see if they have an active warrant and the (fine) amount.”

Recovering past due fines has been a problem for city officials. Besides the amnesty program, the Board of Mayor and Aldermen in December 2019 approved an agreement with Municipal Intercept Co. LLC to work with the Mississippi Department of Revenue to put a lien on an individual’s state income tax refund if they owe the city money.