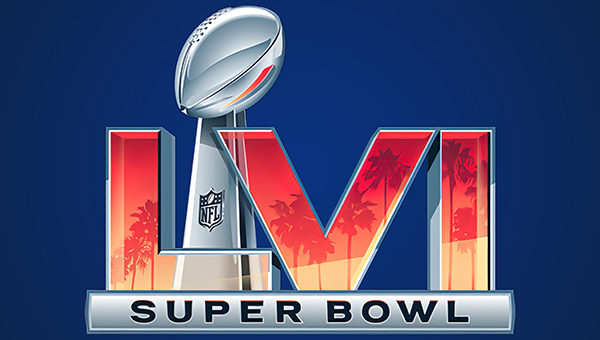 LOS ANGELES (AP) — Two years ago, the Cincinnati Bengals were the NFL’s worst team. Now they’re headed to the Super Bowl to play the Los Angeles Rams — in the Rams’ home stadium.

Matching the biggest comeback in an AFC championship game, the Bengals rallied from an 18-point hole to stun Kansas City 27-24 in overtime Sunday for their first trip to the big game since the 1988 season. The team that won only two games in 2019, earning them the top overall draft pick that they used on LSU quarterback Joe Burrow, pretty much dominated the Chiefs after the first quarter.

Rookie Evan McPherson made a 31-yard field goal to win it.

Then the Rams overcame a 10-point second-half deficit and took the NFC crown with a 20-17 victory over San Francisco when Matt Gay made a 30-yard field goal with 1:46 remaining. Los Angeles (15-5) had lost six consecutive times to the 49ers (12-8), but the visitors couldn’t slow All-Pro receiver Cooper Kupp. Safety Jaquiski Tartt dropped a certain interception in the fourth quarter that helped LA tie the game.

Kupp finished with 11 catches for 142 yards and two touchdowns.

In a brutally physical game also highlighted by some clutch plays from Kupp and fellow All-Pro receiver Deebo Samuel of the 49ers, Matthew Stafford went 31-for-45 for 337 yards passing to get to his first Super Bowl. The Rams got there in the 2018 season, but lost to New England.

“We got one more at the home stadium, let’s get it done,” Stafford said.

Samuel wound up with four receptions for 72 yards and a 44-yard touchdown. He rushed for an additional 26 yards.

The Rams have been to four previous Super Bowls, going 1-3. The only victory came in the 1999 season while they were based in St. Louis.

Los Angeles is an early 3 1/2-point favorite according to FanDuel Sportsbook.

“I’m blessed to be part of this team, with this group of guys, this coaching staff,” added Stafford, who spent his first dozen NFL seasons in Detroit. “You can’t write the story any better. I’m at a loss for words. I’m just having a blast playing ball with these guys …”

The Bengals (13-7) reached their third Super Bowl. They lost to the 49ers in the 1981 and 1988 seasons. Kansas City (14-6) hosted its fourth straight AFC championship contest, and is 2-2 in those. The Chiefs won the NFL title two years ago.

Cincinnati, winner of the AFC North, hadn’t won a postseason game since 1991 before beating Las Vegas, then earned a road victory in the playoffs for the first time in franchise history when it eliminated top-seeded Tennessee. The AFC West champion Chiefs routed Pittsburgh and then won a classic in overtime against Buffalo to get to their fourth consecutive conference title game.

“We’ve been a second-half team all year,” said Burrow, who missed six games in his rookie season with a knee injury. “You don’t really want to be that way, but that’s kind of how it’s worked out. Our defense really stepped up in the second half and on offense we made plays when we had to. … It was just a great overall team effort.”

On Sunday, Burrow led them back and McPherson, making like a 10-year veteran, kicked four field goals in the game, including the winner after Vonn Bell’s interception of Patrick Mahomes on the opening series of overtime got Cincinnati the ball. McPherson has kicked six game-winning field goals on the final play this season.

The other 18-point rally in the AFC championship game came in the 2006 season when Indianapolis beat New England 36-34. Burrow can take note that the quarterbacks in that contest were Peyton Manning and Tom Brady.

“It’s a special team that’s capable of doing special things,” said coach Zac Taylor, who was in elementary school the last time the Bengals went to the Super Bowl. “We’ve said that from the get-go, whether people believed us or no. We believed. So we’re not surprised.”