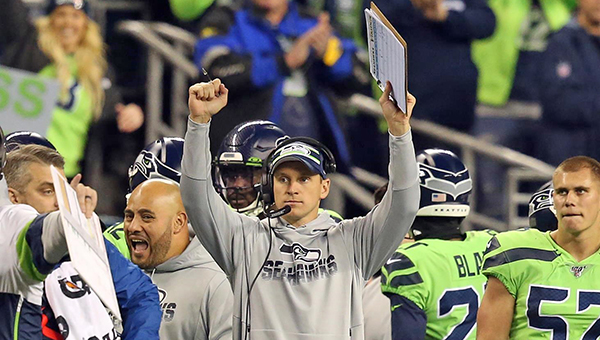 AUBURN, Ala. — Less than two months after he was hired, Austin Davis has stepped down as Auburn’s offensive coordinator.

“My decision to resign is 100 percent based on personal reasons. After more than a decade in the NFL with the daily grind as a player and coach I’ve realized how much I miss my family and my desire to spend more time with them,” Davis said in a statement. “While I need to step away from coaching, I can’t say enough about the first-class way I was welcomed into the Auburn family and the way this football program is run with a championship mindset and a focus on developing these young men into winners on and off the field.”

Davis played in the NFL for the St. Louis Rams, Cleveland, Denver, Seattle and Tennessee during a career that spanned from 2014-17.

The former Southern Miss walk-on quarterback entered the NFL as an undrafted free agent. He played in 16 career games and started 10, all but two in the 2014 season with the Rams.

He never even coached a practice, however, and is leaving the program just ahead of Wednesday’s national signing day. He joined the team after its loss to Houston in the Birmingham Bowl on Dec. 28.

In his statement, Davis indicated he was stepping away from coaching altogether and not leaving Auburn for another job.

“The last week has been difficult for me as I’ve made the decision to step away from coaching football,” Davis said. “Auburn University and Coach Harsin have been tremendous through this whole process. I am grateful for the opportunity that was presented to me from a coaching standpoint and equally as important, the way Coach Harsin has handled my current situation.