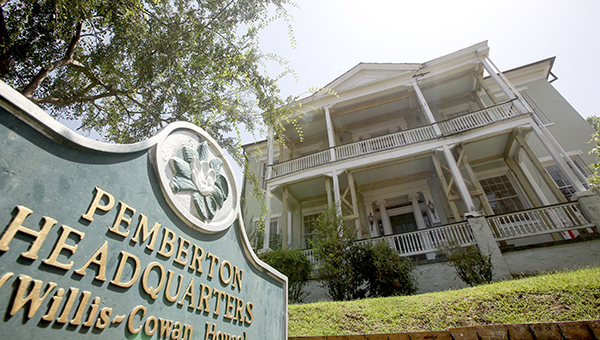 The Vicksburg National Military Park has begun the rehabilitation of Pemberton’s Headquarters on Crawford Street across from the Southern Cultural Heritage Center.

Work on the estimated $704,000 project, which involves the building’s roof and front porch, began Monday. The repairs are necessary to preserve the building, which is listed as a National Historic Landmark Structure. Work is expected to be completed in October 2022. A reopening date has not been set.

The headquarters was last open to the public in 2016. It has since been closed to visitors and park employees out of concern for its safety. The roof, which is 4,000 square feet of deteriorating slate, is believed to have been installed in the 1850s and is in need of repair. The front porch is falling apart and is also in need of repair.

Confederate General John Pemberton met in this building with his subordinate officers on July 3, 1863, and decided to surrender the city of Vicksburg to Union General Ulysses S. Grant.

Making the needed repairs to Pemberton’s Headquarters will result in improved preservation of the building.

The rehabilitation project will also document and dismantle the entire front porch’s wooden structure and masonry base down to grade, and then reconstruct the porch with salvaged material when possible.

All woodwork will be repainted to match existing colors.