Vicksburg residents turn out in droves at Chili for Children 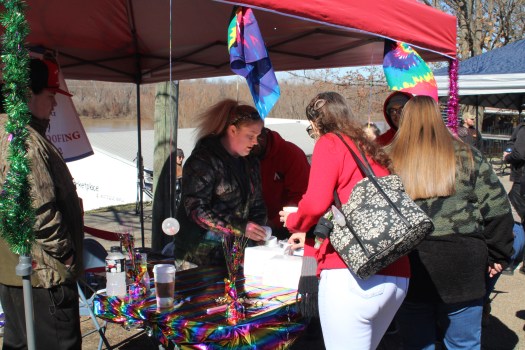 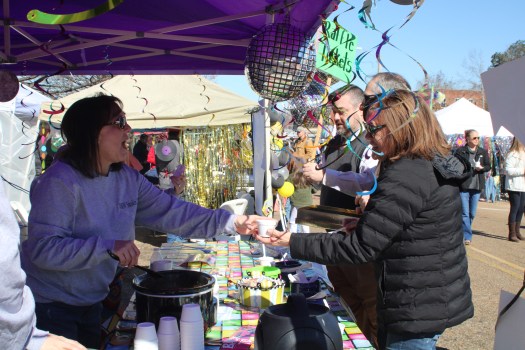 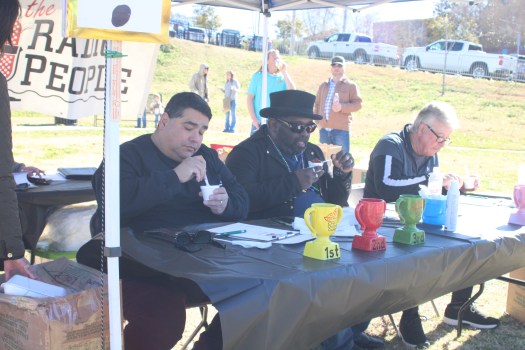 Chili cookoff judges, Noel Tello left, Ralph Miller and Ben Shaw take a spoonful of chili from one of the cookoff contestants before giving their opinions on the food. John Surratt 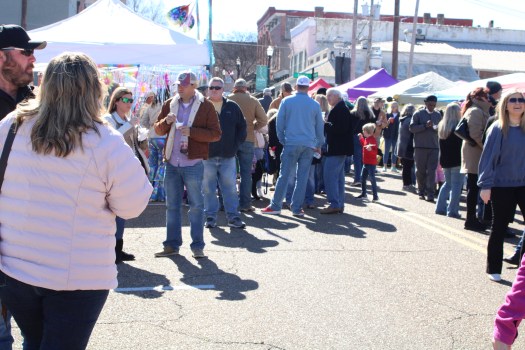 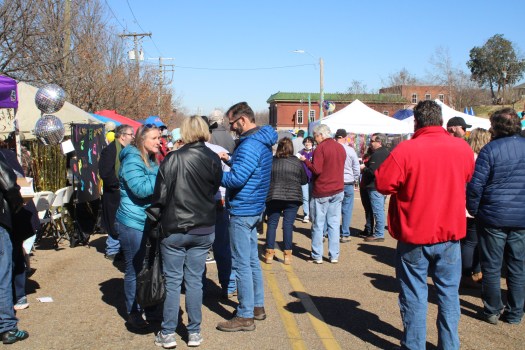 Steam floated from the big metal pot as Rett Evans, wearing a blue and black striped serape and a cowboy hat, stirred the Nacho Men’s chili, a concoction of meat, tomato sauce and selected seasonings.

“We actually started this last night; it’s a 4- to 5-hour deal,” Evans said as he continued stirring under the watchful eyes of companions Jay Hobson and Jacob Amos.

Nacho Men, which received the People’s Choice award, was one of 14 teams that lined Washington Street in front of Washington Street Park for the 12th Chili for Children Cook-Off. Approximately 800 people attended the event, which raised a total of $10,870.

“We believe we had a record turnout,” said Sabrina Lynn, sales manager for the Radio People, which along with Bally’s Casino Vicksburg sponsored the cook-off.

“We had a lot of new teams this year,” she said. “About half of our entries were people who never competed before. We had several businesses put up booths.”

The cookout also had a visit from the Galactic Empire as Darth Vader, accompanied by bodyguards, a rebel force pilot and a Jawa walked through the crowds drawing attention and stopping for pictures with fans.

The people crowding Washington Street enjoyed the sunshine and ignored the cold temperature and brisk winds to meet and talk with friends and neighbors and sample the different recipes, each with its own character.

Chili prepared at Billy’s Italian Restaurant’s booth featured a dash of brown sugar to give it a sweet taste, while “last minute” chili from Jason Vega Roofing had a slight kick of heat.

Chili from W.W. Smokin’ Barbecue was “old style chili; homemade. Nothing out of a box,” cook Shawn Williams said.

“We had fantastic weather and this was a fantastic location,” Lynn said. “The city of Vicksburg and Downtown Main Street couldn’t have been more helpful. They really stepped up.”