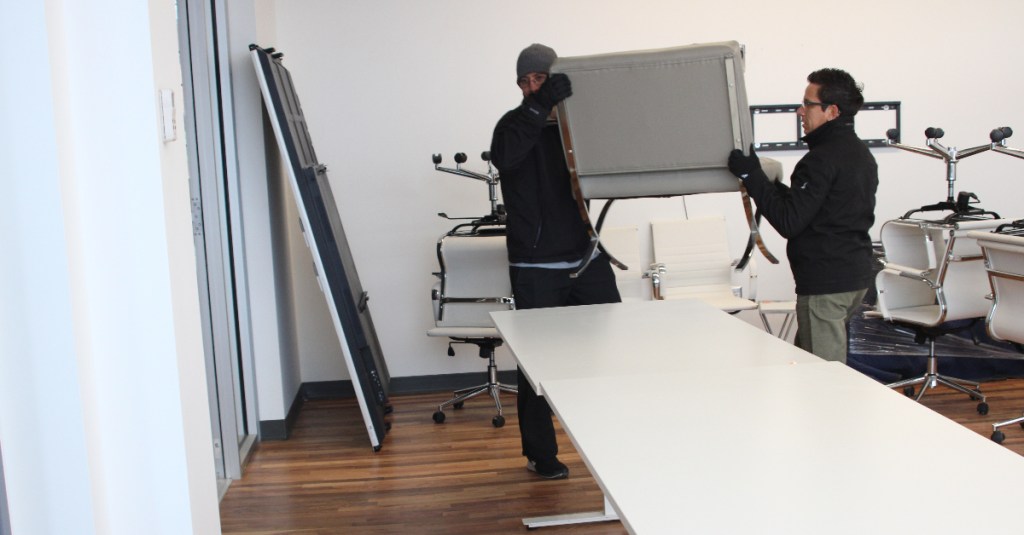 Friday was moving day for the Vicksburg-Warren Chamber of Commerce as chamber officials began the relocation from its building on Mission 66 to the old Mississippi Hardware building, now known as the Mississippi Center for Information and Technology, or MCITy.

The chamber is the building’s first tenant. ERDCWERX, a partner agency of the U.S. Army Engineer Research and Development Center, which will support ERDC’s tech transfer goals and programs, and the Warren County Port Commission are also expected to move into the building.

“It’s wonderful the way they’ve redone the building,” chamber accounts and office administrator Kimberly Hillman said. “This building has been here a long time; I think it’s wonderful what they did to the building instead of tearing it down.”

The MCITy project was part of the vision by the late Sen. Thad Cochran for Mississippi as a state to fully capitalize on tech transfer and federal contracting opportunities to create high-paying jobs and benefit small and medium-sized companies.

At that time, a group of developers who purchased the old Mississippi Hardware building on Washington Street unveiled plans for a $19 million project to convert the former garment factory and hardware building into a multi-floor innovation and tech transfer center to serve the Vicksburg area and the Central Mississippi region.