GUEST COLUMN: Examine the background of those rejecting the Yazoo Pumps 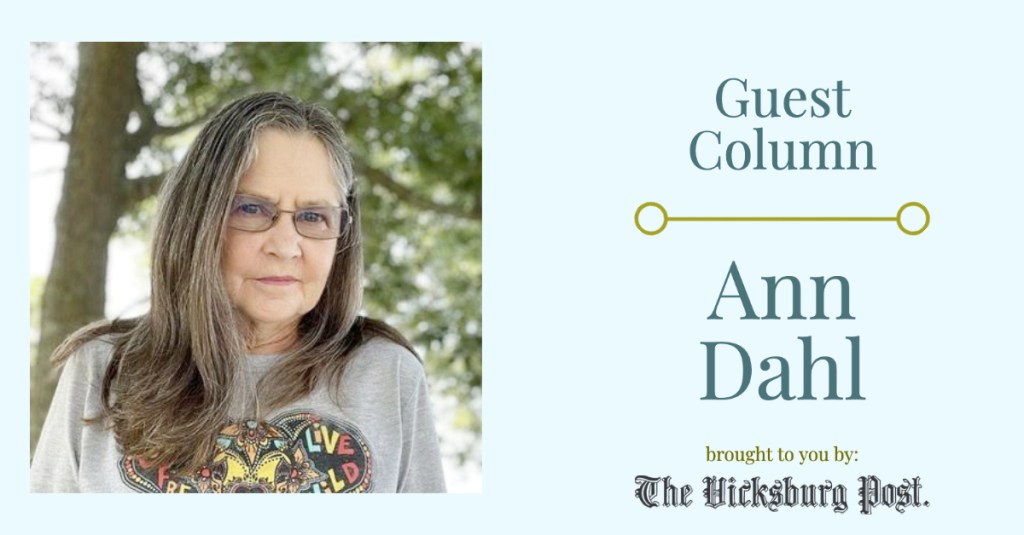 Last Thursday, Mississippi Sen. Roger Wicker made the statement to a room full of Vicksburg Rotarians, “I am not willing to wait until we get another Republican president to try to get this (the Yazoo Pumps) approved.”

Just in case you are still not clear on why he would make such a statement, let me shine a light on what is going on within our current administration.

Joe Biden ran on a platform of strong support for environmental issues. From the day he entered office, he has been stacking his deck of appointees with people that have been previously associated with the major national environmental groups. These are the same groups that have long been our foes in the fight to finish the Yazoo Pumps. I want to talk about the appointees that directly affect the Yazoo Pump Project.

In April of 2021, Jaime A. Pinkham was appointed as Principal Deputy Assistant Secretary of the Army for Civil Works. In his position, he leads the U.S. Army Corps of Engineers with regard to the Yazoo Pump Project. In August of 2021, Pinkham visited our area and was briefed on the need for the completion of the pumps project by the local USACE, U.S. Army Engineer Research and Development Center, the Mississippi Levee Board and several affected area residents. Pinkham’s résumé includes time spent on the American Rivers Board of Directors. This organization has long opposed the completion of the pumps and placed the Sunflower River on their annual list of the 10 most endangered rivers in 2002 and four of the years since then. They were also a party in the lawsuits against the Environmental Protection Agency and the USACE in 2020 in an effort to block the pump project.

In March of 2021, Michael Regan was appointed as the Administrator of the United States Environmental Protection Agency. This is the highest-ranking office in the national EPA organization. The week before the November 2021 reversal of the EPA’s support of the Yazoo pumps, Regan also visited our area and was briefed on the need for the completion of the pump project by the local USACE, ERDC, the Mississippi Levee Board and several affected area residents. Regan’s résumé includes holding the position of Southeast Regional Director of the Environmental Defense Fund. This organization has long been opponents of the pump project and prior to the 2008 EPA veto, they sponsored the much-touted petition against the project. In recent years, they have taken a back seat to Earthjustice in the fight against the pumps.

In November 2021, just days after the EPA’s reversal of their support for the pumps, Daniel Blackmon was appointed as the EPA’s Regional Administrator for Region 4. This region includes the Yazoo Backwater area. Blackmon’s résumé includes his tenure as Chairman of the Sierra Club of Georgia. The Sierra Club has been the most vocal leader of the national environmental groups opposing the pump project for the last 20 years, including being a party to the lawsuits against the EPA and the USACE in 2020.

I would love to follow the money trail of donations from some of these organizations to the Biden campaign, but without a staff of researchers and writing tons of Freedom of Information requests, that will be for another day. For now, I can only state the obvious. Not only is it a conflict of interest to appoint a person to a position of authority that has been previously associated with a group that currently has a lawsuit pending against the organization you have been appointed to. Not only is this questionable; it should be illegal.

I am of the opinion that, unlike Mary Walker, these Biden appointees will never be unbiased in their beliefs and decisions regarding the Yazoo Pump Project and will never admit they were wrong despite the irrefutable evidence to the contrary. Mary Walker, on the other hand, the previous Regional Administrator for the EPA’s Region 4, after seeing the 2019 flood for herself, being presented with the science behind the project and listening to the personal testimonies of the flood victims was able to admit the error of the EPA’s ways and put its support behind the project moving forward. You might ask what the difference between her and the current appointees is. She did not come to her position prejudiced with a history of association with the large national environmental groups and opposition to this project. She was therefore able to keep an open mind and base her support on facts.

As Yazoo Pumps advocates, we know now is not our time, but we also that our time will come again. And in the meantime, Mother Nature and Father Time are on our side. They will keep proving to our opponents that the only solution to the continued manmade backwater flooding is pumping the water out, just like the Corps designed over 40 years ago.

Ann Dahl is an Eagle Lake resident and the leader of Finish The Pumps, an organization advocating for the completion of the Yazoo Pumps Project. Dahl can be reached at ann@finishthepumps.com.