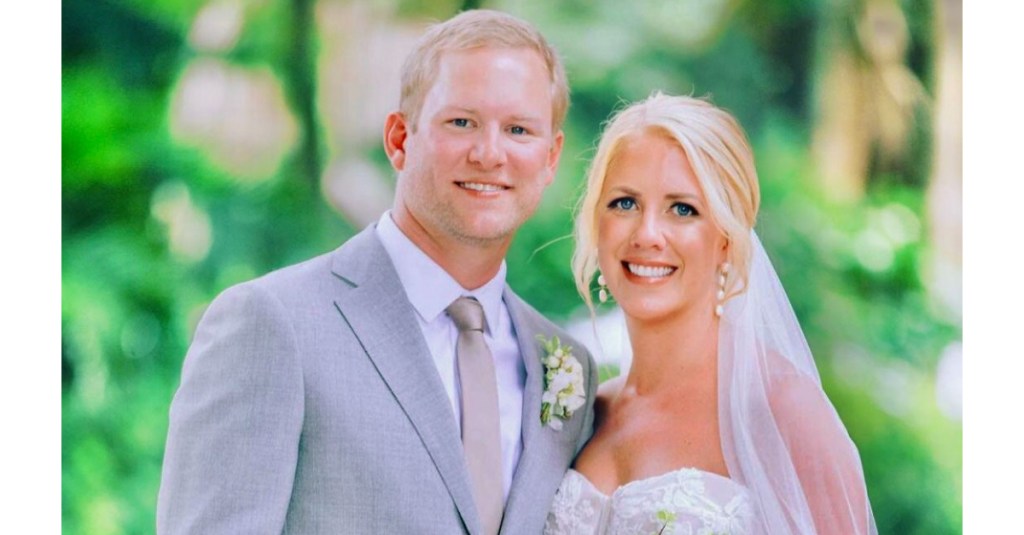 Miss Kylie Nicole Wright of Tulsa, Okla., and Mr. Patrick Guider Sadler of Vicksburg were married at 5 p.m. on Oct. 28, 2021, at Sanibel, Fla.
The bride is the daughter of Mr. and Mrs. Alan Dean Wright of McKinney, Texas and Miss Candy Thomas of Tulsa, Okla. She is the granddaughter of Mrs. Phyllis Joan Wimer and the late Mr. Harry Junior Wimer of Branson, Mo.; the late Mr. Paul Burns Caine of Claremore, Okla.; Mr. and Mrs. Joyce Waymond Wright of Georgetown, Texas and the late Mrs. Ruthie Joann Wright of Flowermound, Texas.
The groom is the son of Dr. and Mrs. Robert Armstrong Sadler. He is the grandson of the late Mr. and Mrs. William Henley Sadler, Jr. and the late Dr. and Mrs. George Warren Guider, all of Vicksburg.
The bride was given in marriage by her father, Dean Wright. The matron of honor was the bride’s sister, Kasie Michelle Malone of Prosper, Texas. The groom’s twin brother, Kelly William Sadler of Fairhope, Ala. served as the best man. Miss Parker Malone and Miss Madden Malone, nieces of the bride, of Prosper, Texas, were flower girls. Ushers were Bradey Beierschmitt, nephew of the bride of Prosper, Texas and Walker Lambiotte, nephew of the groom of Vicksburg.
An outdoor seated dinner reception and dancing honoring the couple was held on the tropical grounds of Casa Ybel Resort.
On the eve of the wedding, family members including nieces and nephews and friends gathered for a day of activities including swimming, shuffleboard, volleyball and shell gathering before being treated to a dinner buffet at the resort hosted by the groom’s parents.
The couple honeymooned on the island of Turks and Caicos, a British Overseas territory in the Caribbean.
The Sadlers will be at home in Peachtree City, Ga., where the bride is an attorney with Chick-fil-A Corporation and the groom is a software sales executive with Kandji.