Sports column: Signing day has changed in a short time 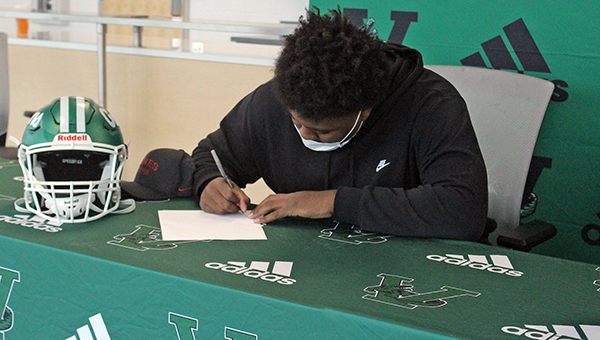 College football’s national signing day came and went this week. It’s always been a time for fans to daydream about how the latest group of athletes will lead their team to championships and the players themselves to celebrate an accomplishment years in the making.

Locally, that was as true as ever.

Thirteen players and one team manager from Vicksburg High and Warren Central signed with Mississippi’s junior colleges on Wednesday. They hugged family members and smiled as they posed for pictures.

On a national level, however, the vibe surrounding the traditional February signing day underwent a radical makeover.
Most of the major Division I schools signed their full complement of players in December, added transfers in January, and only had a couple of spots available in February.

Ole Miss and Mississippi State didn’t even bother to send out a press release touting their signing class. It was finished days or weeks ago. Southern Miss released an updated list that had one name added to it from six weeks ago.

Even the fax machines were silent on Wednesday. The NCAA has a new electronic system to upload and file players’ paperwork, perhaps eliminating the last practical use for that aging piece of technology.

Almost all of the high-ranking recruits now sign in December. The February signing day is mostly for those signing with smaller four-year schools and junior colleges.

It’s not meant as a slight to the latter group. No matter where you sign, getting an opportunity to play in college is a great honor that should not be taken lightly. But it’s also become clear that if you don’t sign with a Division I team in December you probably won’t sign with them at all. They’ll move on to the next name on their list or find someone in the transfer portal to fill the spot.

When the December signing period was introduced in 2017, its intent was to take pressure off of recruits and coaches. The recruiting process had become drawn out for many who supposedly knew where they wanted to go early on, and coaches were tired of wasting resources to keep recruiting players they thought they’d locked up. Moving up the day they could sign was supposed to end the drama.

Instead, all it seems to have done is shift it. Players still flip their commitments and play the hat game on signing day. They just get to celebrate Christmas afterward.

It’s also diminished the prestige and importance of the traditional signing day. Times change and so do traditions. It’s just not always fun or good when they do.