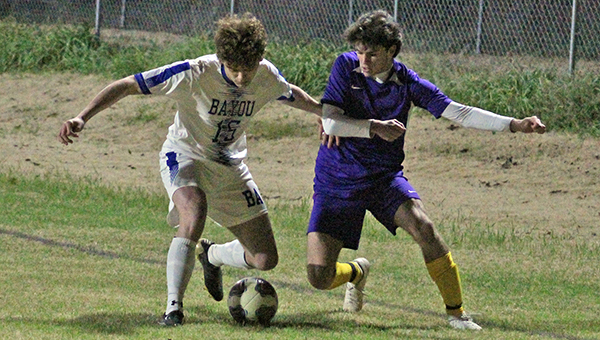 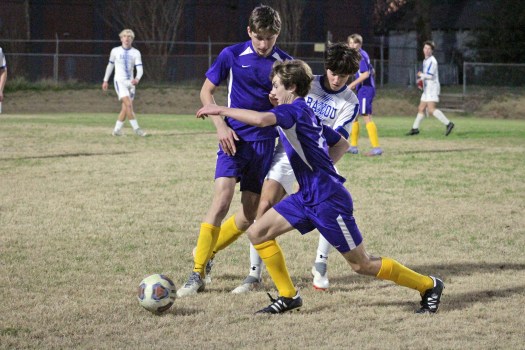 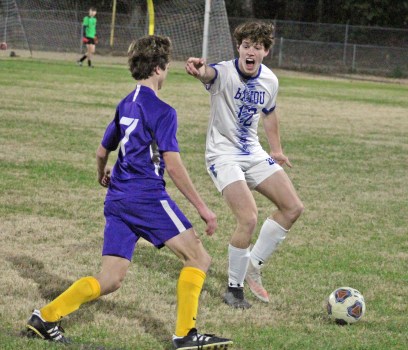 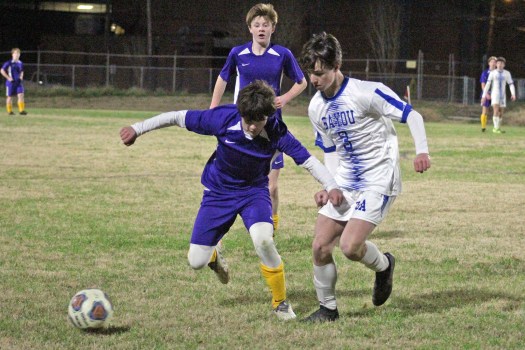 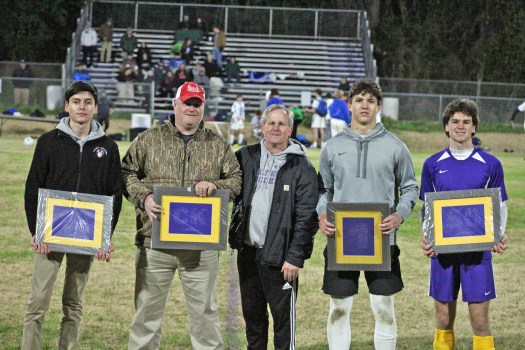 The St. Aloysius Flashes were reminded of a cruel fact of life about living on the edge Monday night — once in a while, you fall off.

“We’d like to win one without going to overtime,” St. Al coach Jay Madison joked. “It’s just two good teams. Our whole district is good. You expect a tough game. It also means when we go to Starkville, we’re ready.”

St. Al will go to Starkville next Monday for the first round of the MAIS Division II playoffs, to face Starkville Academy. The Flashes earned the No. 2 seed from the West Division, but the cost of losing is that they’ll likely have to take each step of their playoff journey on the road. Had they beaten Bayou, they would have had homefield advantage until the state championship game.

“That Pillow game (a 3-2 win on Feb. 4) was the pressure. After we beat Pillow we secured a spot in the playoffs. It would be great to be at home, but it’s still a soccer field up there,” Madison said. “There’s about six teams that can win state — including us. We’ll just have to see how it falls.”

St. Al has come from behind in most of its overtime victories. It beat Bayou Academy in overtime in December, and wiped out a 2-0 deficit last week vs. Pillow Academy. So, when Ben Marchetta scored early in the first half to put Bayou ahead 1-0 on Monday, the Flashes never panicked.

Freshman Eli Shiers scored off a throw-in from Will Dowe in the 35th minute to tie it, and Cooper Madison converted a penalty kick in 54th to put St. Al ahead.

Bayou, though, quickly turned the tables. Park Smith banged a hard shot off the post in the 57th minute, and the rebound came directly to Jackson Byrd in the middle of the box. Byrd beat St. Al keeper Chase Tucker with another quick, hard shot to tie it at 2.

The teams played through the rest of regulation and a pair of 10-minute overtime periods without scoring again, which sent it to a penalty kick shootout.

Each team converted its first three kicks, and Smith made Bayou’s fourth attempt to give his team a 4-3 lead. Cooper Madison, St. Al’s leading scorer, then sent his try high over the crossbar to give Bayou the advantage. Wessel made his kick to give the Colts a 5-3 win in the shootout, and officially a 3-2 victory in the record books.

Despite missing out on the district championship, St. Al’s coach was pleased with the effort of his team that includes six freshman starters.

“When you play like that, there’s nothing to be ashamed of,” Jay Madison said.