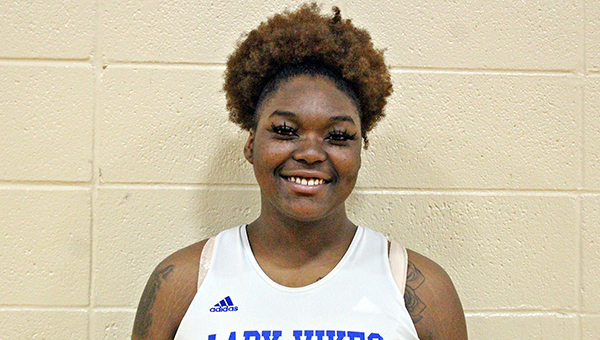 Warren Central basketball player Zy Segrest had 11 points and eight rebounds in a 49-37 loss to Northwest Rankin in the first round of the MHSAA Region 6-6A tournament on Monday.

The Warren Central Lady Vikes are down to their last chance to keep their season alive.

Northwest Rankin pulled away in overtime Monday night to beat Warren Central 49-37 in the first round of the MHSAA Region 6-6A girls’ basketball tournament.

Zy Segrest finished with 11 points and eight rebounds, and Ta’Miya Sims had eight points for Warren Central (14-12). The Lady Vikes, however, were outscored 13-1 in overtime and lost for the sixth time in eight games in 2022. The slump includes two COVID-19 forfeits.

Warren Central will play either Pearl or Terry in the third-place game Thursday at 6 p.m. at Terry High School. The winner of the tournament consolation game advances to the MHSAA Class 6A state tournament that begins next week, and the loser’s season is over.