Public hearing set for redistricting in city of Vicksburg 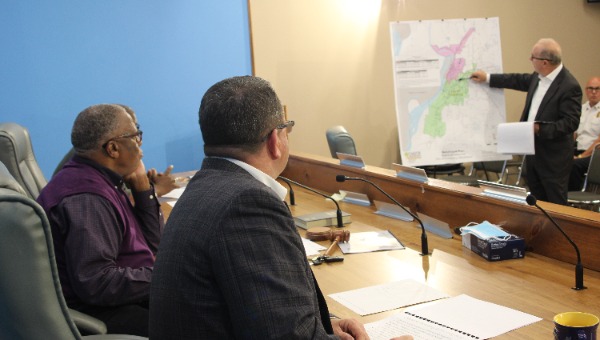 Voters in the city will have the chance to examine and give their opinions on changes to Vicksburg’s North and South wards during a public hearing on Feb. 25 at 5:30 p.m. in the Board Room of the Robert M. Walker Building, 1415 Walnut St.

Population shifts between the two wards in the wake of the 2020 Census require the Board of Mayor and Aldermen to shift the city’s boundaries, a consultant hired by the city to help with redistricting said.

“There’s going to be change,” consultant Mike Slaughter said at an October meeting on redistricting. “You’re going to have to redistrict.”

At the time, he said the benchmark plan was developed using the present ward boundaries developed after the 2010 Census and including the 2020 Census.

“We want that total deviation to be 10 percent or less,” he said. And Vicksburg’s deviation, Slaughter said, is more.

According to the benchmark plan, Vicksburg is 67.2 percent Black and 28.2 percent white, and the majority of the Black population lives in the North Ward.

The steps to develop the board’s redistricting plan involve a series of public hearings on redistricting, developing the plan, presenting it for public review and adoption, then implementing it. The next municipal elections are in 2025.