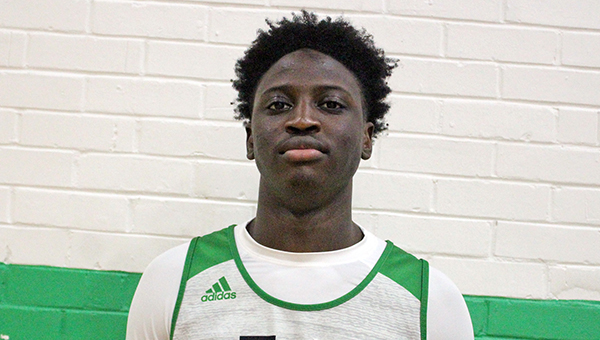 Vicksburg High basketball player Malik Franklin scored a game-high 21 points in a 61-53 loss to Callaway in the MHSAA Region 4-5A tournament semifinals on Thursday.

Once again, Callaway showed up to the dance and ruined Vicksburg High’s good time.

Keiveon Hunt and Dyllion Redmon scored 13 points apiece, and Callaway handed Vicksburg a 61-53 loss in the semifinals of the MHSAA Region 4-5A boys basketball tournament on Wednesday.

Callaway (13-11) beat Vicksburg (10-17) for the ninth time in a row, and for the 21st time in 22 meetings since 2010. Nine of those have come in postseason tournaments, including each of the past four seasons.

The Gators only trailed by five points at the end of the first quarter, but Callaway gradually pulled away as the game progressed. Javier Grady scored seven of his nine points in the second quarter to help the Chargers extend their lead to 34-21 at halftime, and they kept it in double digits for most of the second half.

Malik Franklin finished with a game-high 21 points for Vicksburg, Davian Williams scored 11 and Tyler Henderson had eight. Franklin made six 3-pointers, with five coming in the second half.

Callaway advanced to the region championship game Friday against Provine, while the Gators will face Forest Hill in the third-place game Thursday at 7:30 p.m. at Jim Hill High School in Jackson.

The Vicksburg-Forest Hill winner will move on to the Class 5A state tournament next week, and the loser’s season is over.