Looking Back: A shining gem of Vicksburg lost too soon 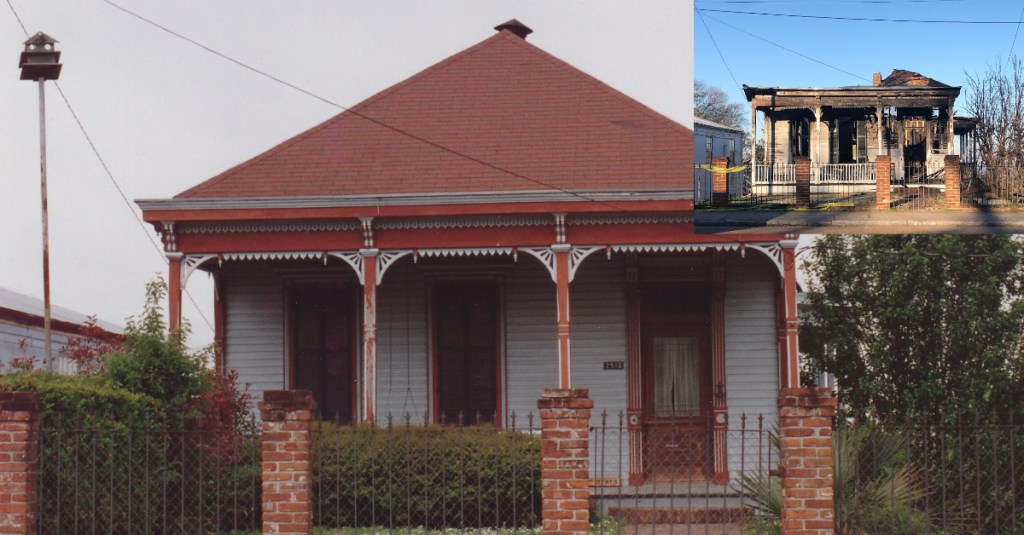 The home at 2510 Washington St. was built by German immigrant Matt Stoetzle for himself and his wife. It stood for more than 100 years. Unfortunately, 2510 Washington St. burned in December 2021, leaving behind it a hole where one of Vicksburg’s finest homes once stood. (Photo Submitted)

This Queen Anne cottage, designed by architect William Stanton, was built in 1890 by Belle (Isabel) and Matt Stoetzle.

Matt was born in 1834 in Germany and arrived in Vicksburg sometime prior to 1884 to establish his dry goods store on Levee Street. A “Local Item” in the Vicksburg Evening Post on Nov. 25, 1884, reported that “Mr. Mat (sic) Stoetzle has lost his little brick and tan terrier dog and offers a reward for his return.”

Apparently, Stoetzle was a great dog lover, as is evidenced by another article in the Post in 1908 stating that “the dog catcher yesterday came near catching one of the dogs of Matt Stoetzle. Those who know how Mr. Stoetzle treats and thinks of his dogs must realize that the dog-catcher had to give in when Mr. Stoetzle interfered.”

In 1888, Stoetzle built a two-story brick commercial building on the corner of Veto and Washington streets but continued to house his dry goods store on Levee Street. The Stoetzles did not have any children, but Belle traveled often with her niece, Mamie Roberts Woodin. In 1893, they left “via Q and C route for Louisville and Chicago, on a visit to relatives and the World’s Fair.”

She also had relatives in Los Angeles and visited there a number of times. Matt died on Sept. 20, 1913. His obituary in the Post reported that he was “one of the town’s leading merchants. The gentleman retired from active business life several years ago. Since then his health had failed, and he had been in a serious condition for some time. Mr. Stoetzle is survived by his devoted wife. Between husband and wife, there had always been the closest tie of friendship and affection. The deceased was generous-hearted and kind, and was a citizen of splendid ways.”

Belle continued to live in the house until she died at the age of 83, on June 14, 1926. The house was then the home of Belle’s niece, Mamie Woodin, who was still listed in the house in 1962. She died in 1974 at the age of 97.  The house had been a rental property for a number of years, well-maintained, and an important building to the Washington streetscape.

Unfortunately, the house burned in December. The first photograph was taken in 1993.