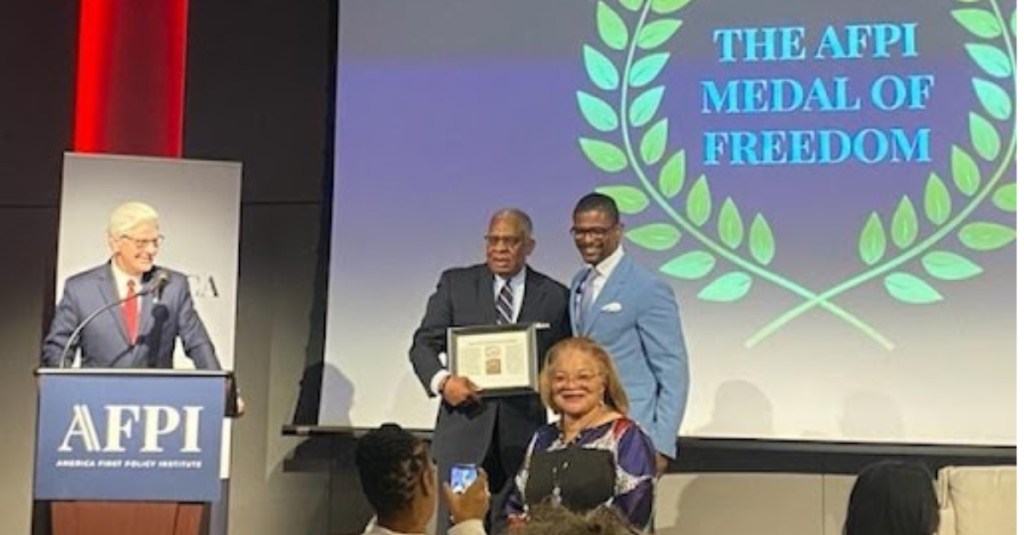 Vicksburg Mayor George Flaggs Jr. was among those honored by the AFPI this week. (Photo submitted)

Flaggs is in his third term as Mayor for the City of Vicksburg and said he prides himself on providing the City with a transparent city government that is committed to growth, prosperity and creating a city that is a model for all cities in the State of Mississippi. Flaggs added that he is honored to receive the Medal of Freedom Award and recognizes that “not long ago, we could not congregate in a room together like we did. Segregation divided us. Now, we must continue moving forward and working for generations to come so we can understand the history and how far we’ve made it.”

The AFPI is a non-profit, non-partisan institute that focuses on liberty, free enterprise, national greatness and the primacy of American workers, families, and communities. Dr. Alveda C. King, Chair member of the AFPI and niece of the late Rev. Dr. Martin Luther King, Jr. attended the Black History Month celebration.

The event was led by former Mississippi Gov. Phil Bryant, and other notable recipients of the Medal of Freedom award include Wanda Evers, niece of the late Civil Rights leader Medgar Evers; James Meredith, the first African American student admitted to Ole Miss; Bishop Henry Joseph, founder of the “Proclaim a Christian” publication and Bishop Vincent Matthews, President of the Church of God in Christ World Missions which is known in 112 countries worldwide.