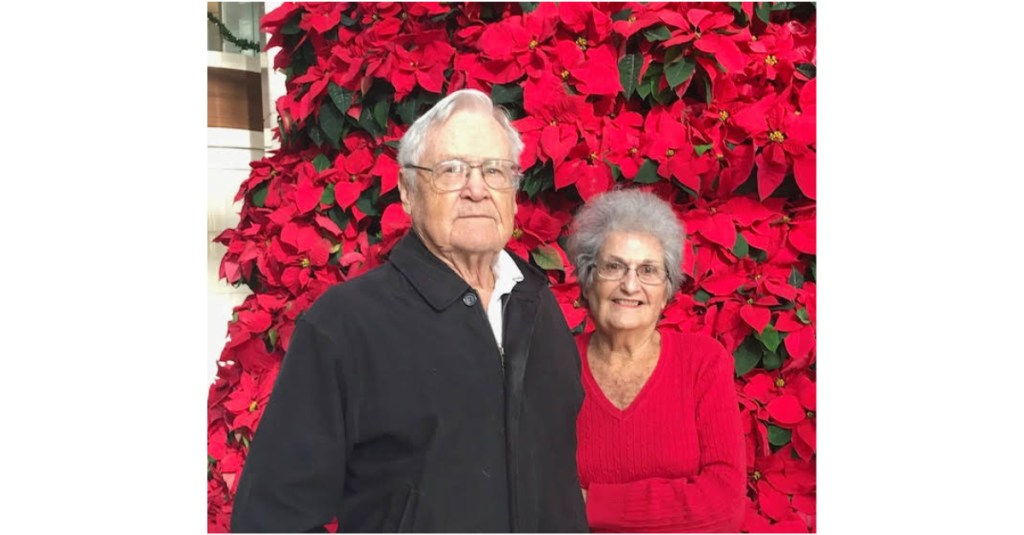 Visitation will be held Saturday, Feb. 12 at Riles Funeral Home, 5000 Indiana Avenue from 9 until 10 a.m., followed by a Mass of the Resurrection at St. Paul Catholic Church at 10:30 a.m. with the burial of both Alfred and Mary Theresa at Cedar Hill Cemetery.

He was the middle child of Charles Lewis and Mary Ford and brother to Charles L “Buster” Ford and Betty Ellerbe, all preceded him in death.

He married Mary Theresa Podesta (June 24, 1932 – July 19, 2020) in 1952, they would have been married 70 years on Jan. 6. Ford will be missed terribly by two daughters, Julie Ford Robichaux (Louis) and Melanie Ford Smith (James); three grandsons, Flynt Cloer (Kirby), Blake Smith, Brad Smith (Ally); and sister-in-law, Rose Marie Teer (John).  He loved his family above all and also his six great-grandchildren, Sydni Cloer (Austin), Hayes Cloer, Kylee Cloer, Skylar Cloer, Cameron Cloer and Anne Bradley Smith, along with a great-great-grandson, Paxton James Means. He will also be missed by many nephews and nieces.

Ford, born and raised in Vicksburg loved the city and longed to return after 20 years in other states.  He was a 1950 graduate of St. Aloysius High School. Legend has it that he was supposed to graduate in 49, but, Coach Joe Balsi talked him into staying another year to play football, but our Mother always said it was to stay with her since she had another year to graduate! They had a wonderful bond with the Class of ’50 that has only ended by death.  Ford went in the Air Force right out of High School and then to Mississippi State University and received his Electrical Engineering degree in just three years. Later, he got his Master’s in Mathematics at LSUNO. He worked on the Pershing missiles and designed boosters for the Apollo missions in New Orleans. He retired from the Waterways Experiment Station in the early 90s. He was a longtime member of the Vicksburg Country Club and Clear Creek Golf Course and dedicated his retirement to golf. He and Theresa loved the game and played in tournaments all over the state.  Ford loved Mathematics and volunteered at The Good Shepherd teaching Math to those seeking their GED.