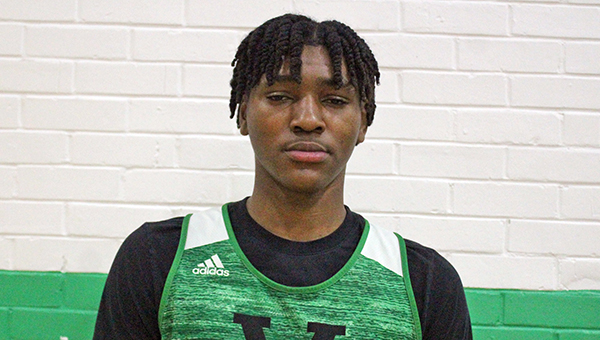 Vicksburg High's Kameron Brown scored 13 points in a 62-60 win over Forest Hill in the third-place game of the MHSAA Region 4-5A tournament on Thursday.

The Vicksburg Gators climbed another Hill to reach the MHSAA Class 5A state tournament.

Malik Franklin scored eight of his 15 points in the fourth quarter, Kameron Brown finished with 13 points, and the Gators knocked off Forest Hill 62-60 in the third-place game of the MHSAA Region 4-5A tournament on Thursday.

Sheriff made three 3-pointers and scored 14 points in the fourth quarter.

Vicksburg (11-17) won two games in four days in the region tournament — a play-in game against Jim Hill and the consolation game vs. Forest Hill, with a loss to Callaway sandwiched in between — to reach the Class 5A tournament for the seventh year in a row.

The Gators will travel to face the second-place team from Region 3-5A on Tuesday night. That would be the loser between defending Class 5A champion Holmes County Central and Neshoba Central, who play in the Region 3-5A tournament championship game on Friday.

Vicksburg lost 63-53 to Holmes County Central in early November, and did not play Neshoba Central this season.