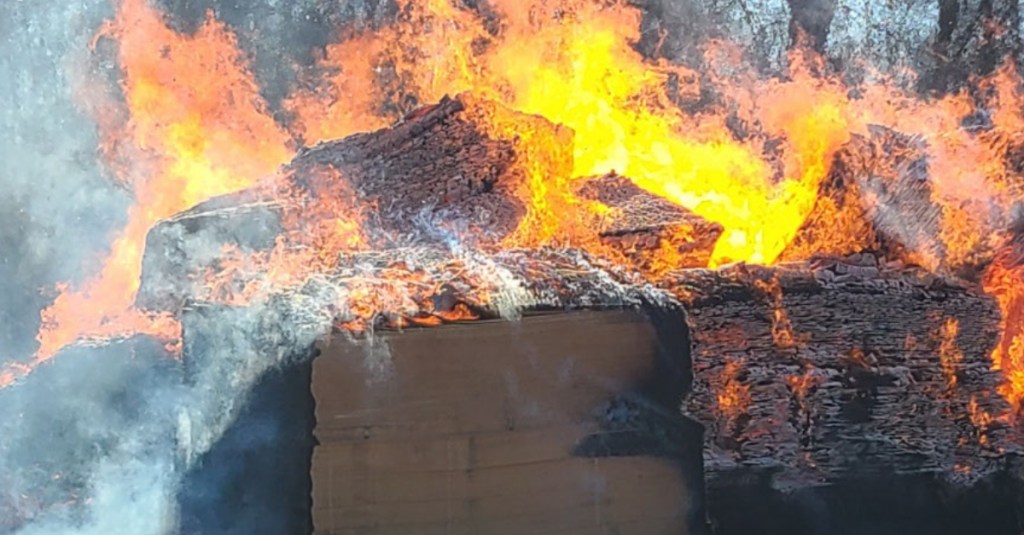 Insulation Boards in a field in the Bovina community caught fire after a controlled burn got out of hand on Feb. 11. (Photo courtesy of Jerry Briggs)

The Bovina community in Warren County was quite a hot spot — literally — on Friday.

Two fires were reported over the course of the day. The first took place around 11 a.m., when a controlled burn on U.S. Army Corps of Engineers property got caught by wind and started a grass fire in a nearby field on Bovina Cutoff Road.

The fire was quickly contained by Warren County firefighters, according to fire coordinator Jerry Briggs. However, in addition to grass, some insulation boards in the field also burned. No one was injured.

“Deputies on routine patrol saw smoke coming from a house trailer,” Briggs said. “There was heavy smoke and fire coming from the center of the structure.”

Briggs was first on the scene, and the Culkin and Bovina Fire Departments responded.

Firefighters were able to contain the fire to the room where it’s believed to have started, and the cause of the fire is still under investigation. No one was in the trailer at the time of the incident, and Briggs said he believed the structure was abandoned.

Heading into the weekend, Briggs warned, “We discourage any outdoor burning this time of year.”