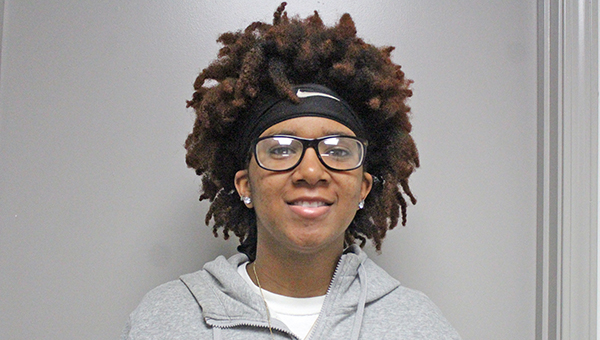 Vicksburg High basketball player Destini Sims had 20 points and six rebounds to lead the Missy Gators to a 66-43 win over Forest Hill in the MHSAA Region 4-5A tournament championship game on Friday.

Thrice is nice for the Vicksburg Missy Gators.

Destini Sims led three Vicksburg players in double figures, with 20 points, and added six rebounds and four steals as the Missy Gators easily defeated Forest Hill 66-43 on Friday to win their third MHSAA Region 4-5A tournament championship in a row.

The Missy Gators (20-7) built an early lead and led by about 10 points for most of the next two quarters. They then outscored Forest Hill 24-12 in the fourth quarter to put it away.

Ja’Na Colenburg finished with 11 points, Layla Carter scored 10 to go along with six rebounds, and Kierra James had nine points and six rebounds for Vicksburg.

The Missy Gators were playing in their fifth consecutive region tournament championship game, and won for the third year in a row. Before this streak, they hadn’t won a region title since 1999. They reached the 20-win mark for the second time in three seasons.

With the win, the Missy Gators also earned a first-round bye in the Class 5A state tournament that begins next week. They’ll play at home Feb. 18 against either Lafayette, Cleveland Central or Saltillo.