FOLK ART TREASURE: Margaret’s Grocery to be restored by Kohler Foundation, donated to city of Vicksburg 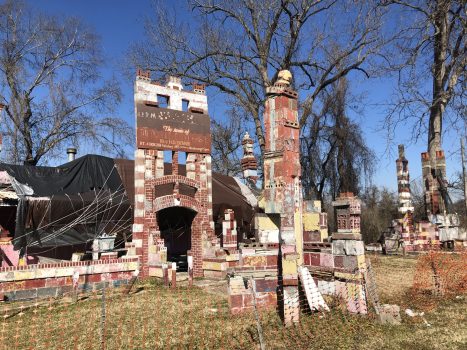 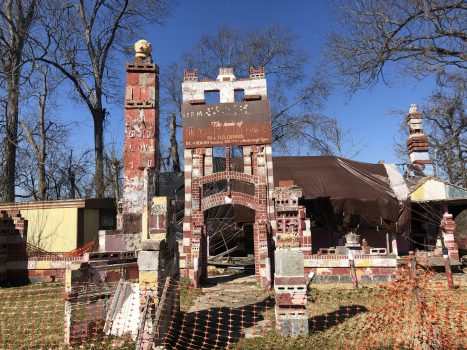 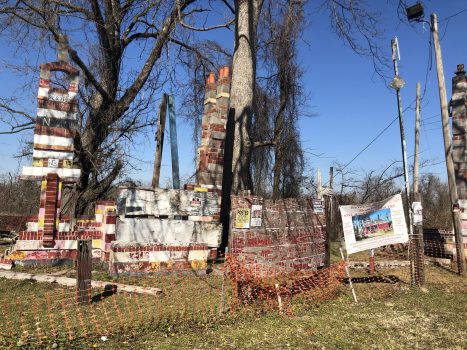 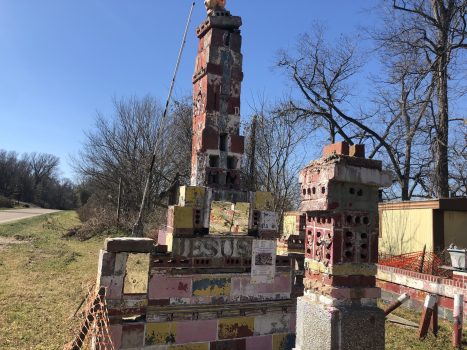 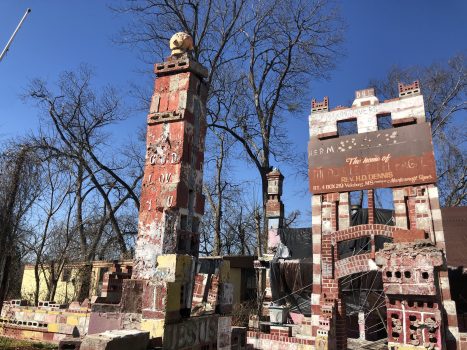 Margaret’s Grocery, at one point known as the “folk-art Bible Castle” of Vicksburg, will soon be restored as a tourist landmark following a decision by the Vicksburg Board of Mayor and Aldermen.

During a special-called meeting on Monday, Mayor George Flaggs Jr. announced the city’s intent to accept the donation of the property once it is restored by the Kohler Foundation, a philanthropic organization that works in the areas of art preservation, grants, scholarships and performing arts. The Kohler Foundation intends to purchase the site from Cool Springs Baptist Church, which took over ownership of the property following the deaths of its owners.

Cool Springs Baptist Church leases the property to the Mississippi Folk Art Foundation, a non-profit led by Jackson artist Suzi Altman. The organization has worked since 2013 to preserve all the artwork from Margaret’s grocery, as well as a bus from the site, in a climate-controlled environment.

“I am thrilled the church has come to terms with the Kohler Foundation, and thrilled that the city is going to accept the gift and we are excited to move forward on this project,” Altman said.

The adoption of the resolution is more than the preservation of a local landmark, Flaggs said. It’s also a promising economic development for the Kings community along North Washington Street.

“This is a game-changer for the Kings Community,” Flaggs said. “This place is a marvel. This is going to be one of the greatest tourist attractions in the Kings community since I’ve been here.

“It’s going to cause a lot of folks across this country to come from all over the world to see this art,” he added.

Both Flaggs and North Ward Alderman Michael Mayfield reminisced on childhood memories at the store, when it was still owned and operated by Margaret Rogers Dennis and later on, her husband, the Rev. Herman “Preacher” Dennis.

“I remember as a young boy, we’d go riding through there and Mrs. Dennis would always give us some candy for going in the store,” Flaggs said.

Margaret operated and lived on the store property since 1944, but married Preacher in 1984. According to Margaret’s retelling of the story in The Post in 2005, “He asked me to marry him by promising to turn my store into a castle.”

And turn it into a castle he did.

Between the 1980s and 1990s, the store and surrounding property became adorned with concrete blocks painted pink and yellow to symbolize that all people were welcome. Preacher added signs and paintings on the wall advertising the couple’s commitment to their Christian faith and even converted a school bus into a chapel where he could hold church services.

Visitors from around the world came to see the store and marvel at its folk-art installations, all done by Preacher himself.

“Rev. Dennis was a phenomenal guy and he was so creative,” Flaggs said. “He actually took these bricks one by one himself, and you can see it still today in the wreckage.”

However, for more than a decade, Margaret’s Grocery has been crumbling. It’s sat on North Washington Street for years with orange fencing around it, caution tape and tarps over the store building. In 2015, the Mississippi Heritage Trust placed it on its list of the 10 most endangered structures in the state.

The restoration by the Kohler Foundation, Flaggs said, will bring Margaret’s Grocery back to its former glory and preserve it as a heritage site for years to come.

“This is one of the largest arts foundations in this country. They go out through the country, taking sites and restructuring them and putting them in the way where they can become a museum,” he said. “It means a lot. I think only two sites were selected in Mississippi. I want to say the other one is near Kosciusko.”