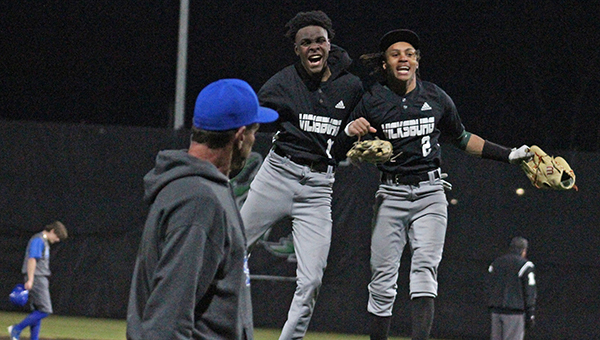 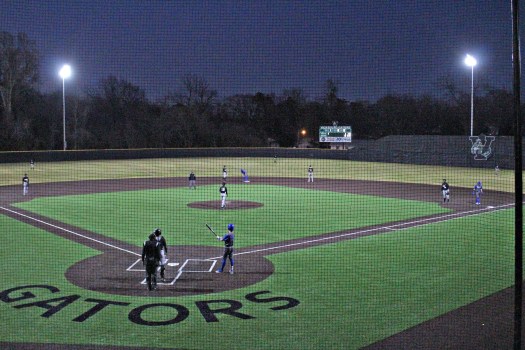 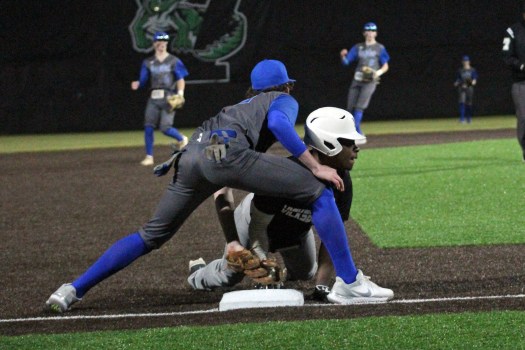 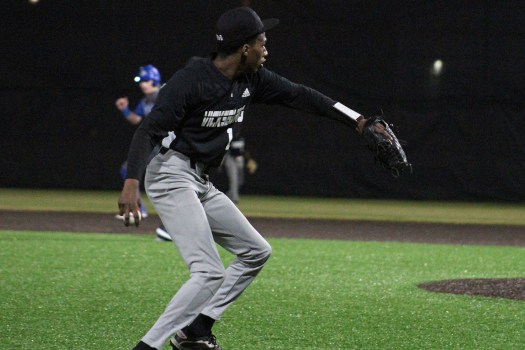 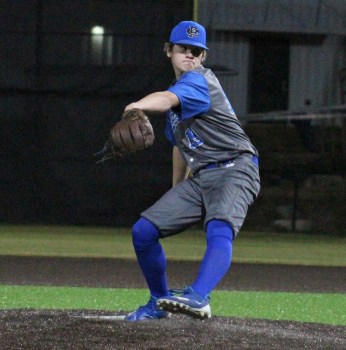 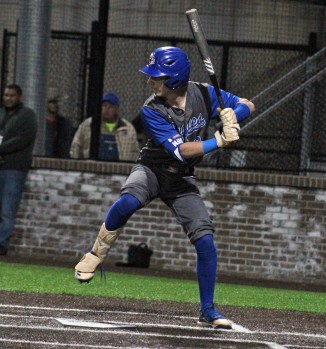 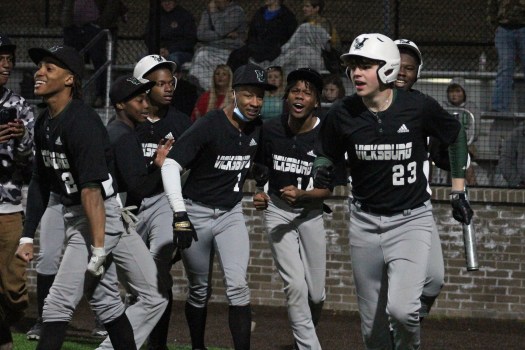 At some point, Vicksburg High baseball coach Antonio Calvin said, his team’s new facility will have a proper grand opening with plenty of pomp and circumstance.

For now, they’ll settle for a successful — and memorable — soft opening.

The Gators christened the upgraded version of Showers Field with a walk-off victory on Monday, beating Porter’s Chapel Academy 3-2 on a bases-loaded walk by Raymond Gray with two outs in the bottom of the seventh inning.

“It’s exciting to win the first game of the new Showers Field,” Calvin said. “We still are working on the grand opening, but for the unofficial grand opening we’re excited. They haven’t played here in 20, 25 years. For us to get a win here, on this field, that’s amazing.”

It was Vicksburg’s first game at its on-campus field in nearly 25 years. It moved its home games across town to the then-new Bazinsky Field in the mid-1990s — and Sports Force Parks the past couple of years — while Showers Field was used for practice.

A full renovation to Showers Field was included as part of the larger 2018 school bond issue that upgraded facilities across the Vicksburg Warren School District, but various construction problems and delays meant it took three years to complete the project.

Finally, on Monday night, the baseball Gators returned to their version of The Swamp.

A metal grandstand and brand new pressbox has replaced the decaying concrete bleachers that stood behind home plate for decades. Artificial turf is laid down on the infield, and a brick backstop, new dugouts and netting are fully in place. In right center field, a new scoreboard tracked the action.

The best part, Calvin said, is the convenience of being at home.

“It feels amazing to just be able to go in your fieldhouse and then get your stuff together and go home, vs. having to get on the bus and travel back home and everything else. We’re super excited about it,” he said.

Monday’s opener was the first of 16 home games scheduled at Showers Field this season — the next is Thursday at 6 p.m. against Pearl — and will be hard to top for late-inning drama.

Gage Palmer hit an RBI single in the top of the first inning and scored a run to spot PCA a 2-0 lead. Vicksburg got one back with an RBI single by Rashad McCroy in the bottom half and tied it in the third on an RBI groundout by Connor Harrigill.

Other than that, the Eagles and Gators largely spent five of the seven innings missing opportunities to blow the game open. Porter’s Chapel stranded six runners in scoring position and Vicksburg left five.

“First-pitch fastballs, we just watched too many of them or just missed them. That was the story of the game,” PCA coach Paul Ashley said.

The offensive stalemate finally ended in the bottom of the seventh inning. Labarre retired the first two batters before giving up a base hit to Harrigill. The ball skipped past the right fielder, however, and Harrigill was able to make it all the way to third base.

“I saw it as soon as I passed first. I’m slow, so I was thinking single, double maybe. I had to test it. They don’t let me run enough, so I had to go,” said Harrigill, who was 2-for-4 with one RBI and one run scored.
Ashley issued a pair of intentional walks to load the bases and set up a force out, but the move backfired.

Labarre went to a 3-0 count on Gray, battled back to get two strikes, but then sailed the next pitch wide for the walk. Harrigill sprinted home and slid across the plate headfirst before being mobbed by his teammates.

“This is a gritty little bunch of guys,” Calvin said. “They’re hungry. They want to win. They’re young — we only have three seniors — but these guys really want to win so I’m extremely proud of them.”

Ashley said the intentional walks were a strategic move that simply didn’t work out.

“It’s just letting your young pitchers know you’ve got confidence in them. Sometimes it works and sometimes it doesn’t,” he said.

The postgame celebration made clear that this was more than just another win for the Gators. PCA had beaten them 9-3 last season, and all through Monday’s game their dugout provided the energy of an intense crosstown rivalry instead of the first of 20-plus games on the schedule.

“They beat us last year, so it was personal,” Harrigill said.

It was also nice to open up their new home in style, he added.

“It means a lot,” Harrigill said. “This field has been in the works for too long. The first game, it’s nice to have a win on it.”