SHOW UP, SHOW OUT: Jester’s Ball deemed a success by Vicksburg Convention Center 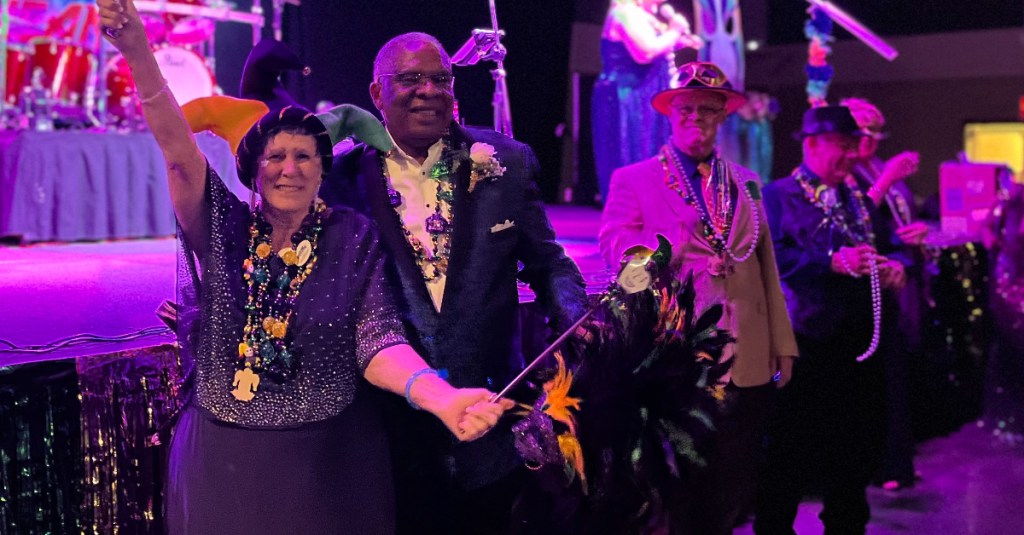 With more than 300 people in attendance for the weekend event, the Jester’s Ball featured New Orleans-inspired dishes from VCC caterer Seazand Dreams, live music from local band Hairicane and a few surprises behind the scenes.

“We were well over 320 people in attendance, which is fabulous for our first year,” Southard said. “It just exceeded all our expectations for a first-time event. With COVID, you just never know. But people are ready to get back out there and have fun again.”

Guests were decked out in formal and semi-formal attire, complete with Mardi Gras masks that ranged from simple styles to extravagant headpieces. During the event, attendees sipped on signature cocktails including Hurricanes and Jester Punch.

Southard said the guests’ attire was one of her favorite parts of the events.

“One of my favorite comments from the night was that people didn’t just show up for the event; they showed out,” she said. “With the formal gowns and the masks, it really was a true masquerade ball. People got so into it.”

The event wouldn’t have been possible, Southard said, without the generosity and support of Flaggs. The mayor shared his thoughts on the Jester’s Ball during a special called meeting on Monday morning.

“I want to thank Walter Osborne, Erin Southard and the Vicksburg Convention Center staff. … It was a great idea and a great group of people attended,” Flaggs said. “I danced only one time, with Erin. We had a great time. She can really dance and showed me some steps. It was a great weekend.”

After weeks of votes, the event culminated with the crowning of Vicksburg’s first Jester. With more than 42,000 votes cast between the seven candidates, Launo Moore won the honors.