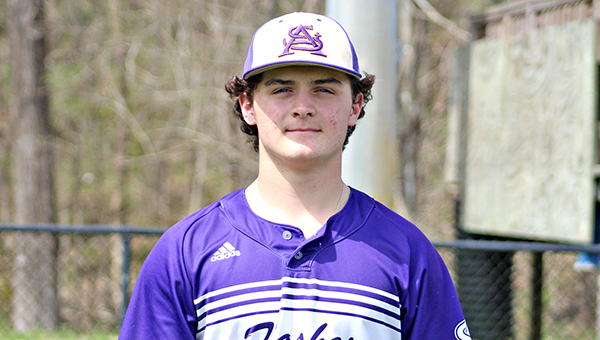 St. Aloysius baseball player Adam Francisco led off the game with a home run and scored four runs as the Flashes beat Tallulah Academy 12-2 in their season opener on Tuesday.

St. Aloysius could not have scripted a better start to its 2022 baseball season.

Adam Francisco hit the second pitch of the game over the left field fence for a home run, Tristan Wilbanks racked up nine strikeouts in four shutout innings, and the Flashes routed defending MAIS Class 1A champion Tallulah Academy 12-2 in their season opener Tuesday.

Wilbanks allowed one hit and two walks in his four-inning outing. Matthew Pitre pitched the fifth and had two strikeouts.

Todd Etheridge went 2-for-3 with two RBIs for Tallulah Academy. He drove in both of the Trojans’ runs with a single in the bottom of the fifth inning.

St. Al and Tallulah will play again Saturday at 2 p.m. at Bazinsky Field in Vicksburg.

Germantown scored the go-ahead run in the fourth inning on a dropped third strike, then added single runs in the fifth and sixth innings before putting it away with three in the seventh.

Blake Channell went 2-for-3 with an RBI single for Warren Central.

Warren Central will go on the road Saturday to play defending MHSAA Class 6A champion Madison Central, beginning at 2 p.m.

Zeke Flattman hit an RBI double in the first inning and Wimberley had an RBI single in the third as Cathedral built an early 4-0 lead. The Green Wave later scored three runs in the sixth — two of them came in on a triple by Wimberley — to blow it open.

PCA answered with three runs in the bottom of the sixth, but couldn’t get back into it. Taylor Labarre was 2-for-3 with an RBI single, and Gage Palmer also had two hits.

Zach Ashley pitched 2 1/3 innings of scoreless relief for the Eagles, who played the second of four scheduled games this week. They will play at Clinton Christian Thursday at 2 p.m., and host Park Place Friday at 6 p.m.