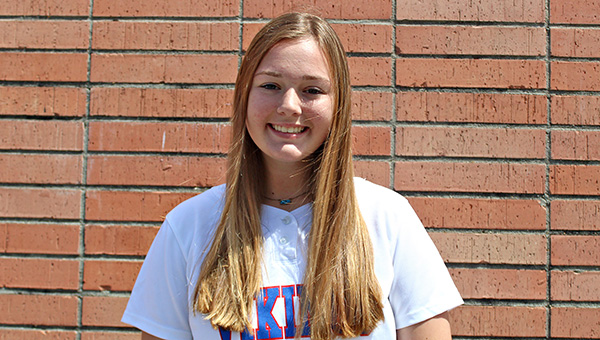 Warren Central pitcher Abby Morgan had four strikeouts in three innings in a 4-3 loss to Wesson on Tuesday.

A two-out rally and one big error proved costly for Warren Central on Tuesday.

Wesson scored two unearned runs in the bottom of the sixth inning, and then pitcher Mallory Sanders worked out of a jam in the seventh as the Cobras defeated Warren Central 4-3.

Warren Central pitcher Abby Morgan pitched the last three innings and had four strikeouts. She retired eight consecutive batters before allowing a single and a walk with two outs in the sixth. Marley Channel then hit a ground ball that was misplayed, allowing both runners to score.

Warren Central’s Mary Evelyn Hossley hit a one-out triple in the top of the seventh, but was stranded at third base. Sanders escaped the jam with a pop up and a groundout.

Hossley and Kamryn Morson had two hits apiece for Warren Central (0-1). Wesson committed eight errors that led to all three of the Lady Vikes’ runs.

Warren Central will try to get in the win column Wednesday at 6:15 p.m., when it plays its home opener against Germantown. It will then play Florence and Brookhaven, at 10 a.m. and 4 p.m. respectively, Saturday at Sports Force Parks.