Looking Back: Where did Vicksburg celebrate the Italian Queen’s anniversary? 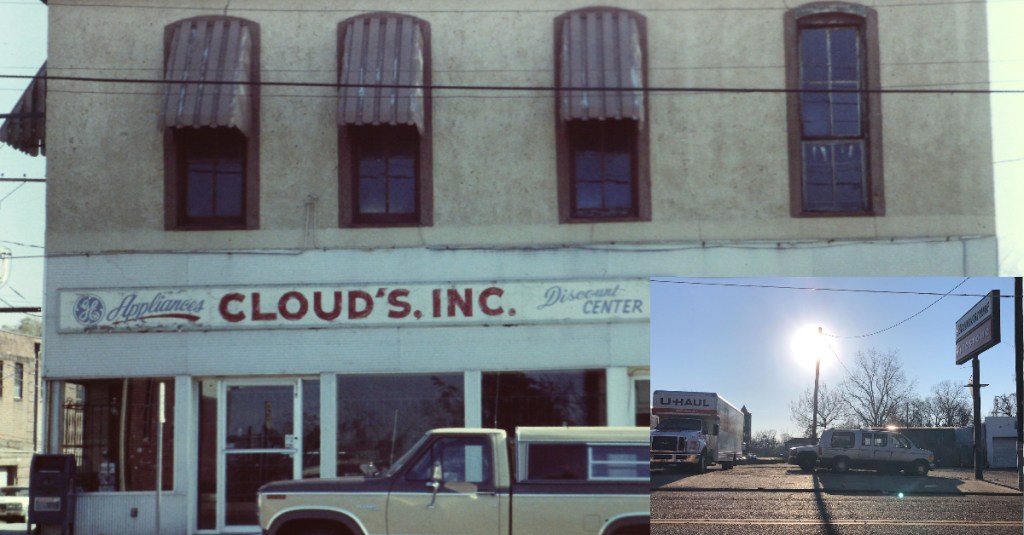 The building constructed by D.A. Bove later became Cloud Plumbing in the 1950s before burning down in the 1990s. (Photos Submitted)

Shortly thereafter, he and his wife, Wilhemina, built the two-story building in the photograph. D.A. had immigrated to Vicksburg from Italy in 1881 and in 1889 married Wilhemina Berger. He and his wife’s brother operated Bove and Berger Grocers until 1893 when the partnership was dissolved and the operation became D.A. Bove Grocery.

The 1896 fire was reported in The Vicksburg Evening Post as follows: “Mr. D.A. Bove, whose store was burned during Wednesday night, states that the fire originated on the ‘outside’ of the building, and not inside of the store as erroneously published.

“Persons who first saw the fire are positive in the statement that it was on the outside of the meat shop adjoining Mr. Bove’s tore, in a narrow alleyway (about two feet wide) which separates the meat shop from Mrs. Speyerer’s house. Mr. Bove and his family were asleep in Mr. Bove’s house in the rooms in the rear of the store when they were aroused by the cries of ‘fire’ coming from patrons on the outside. Mr. Bove immediately got up and went outside, and attempted to quench the fire with water from water pipes in this house, but it had gained such headway that water thrown on it from buckets was unavailing.”

They then gave the alarm to the fire department by telephone and Bove hurried his wife and children out of the house.

“The large stock of goods in the store, and also the furniture and the clothing of Mr. Bove and family were entirely destroyed. The building was a frame structure, and together with the combustible dry goods and groceries burned very rapidly,” The Post reported.

Bove commented in the article that the new building would have an iron front and an iron roof. The new building was completed in 1896 and the Bove family, with four children at the time, moved into the second floor. The Boves were members of the Society of Queen Margherita de Savoy and on June 6, 1897, held an anniversary party for Queen Margaret of Italy in the building.

The evening was reported by The Post: “The hall in the second story was decorated with pictures of great Italians, and at one end of it, placed against the wall and fraternally interlocked, were the Italian and United States flags, with the handsome banner of the Society between them. These flags are the handsomest and most costly in the city — they are made of the finest silk, and the colors are bright and beautiful. The banner of the Society is equally elegant, and is appropriately inscribed with gold letters, and has gold braid all around its border.”

After a reading of a historical essay and toast with champagne, the attendees were treated to a “bountiful supper” while being serenaded with music by the Williams’ String Band.

The Society was a benevolent as well as a social organization. It looked after the sick and distressed, and also provided for the burial of deceased members.

The Post reported that “it is a most worthy organization, and we trust it will have a long and successful career in the good work in which it is engaged. The Italian citizens of this city and section are noted for their industry, their thrift and their progress, and for being a law-abiding and law-observing people. All they ask is the opportunity to make their homes in this favored land, and to enjoy the privileges guaranteed by the Declaration of Independence and the Constitution of the United States. All people in this great Republic are entitled to this, and it should be freely accorded to all.”

Wilhemina gave birth to 10 children, losing the youngest, Cecelia, when she was 3 years old in 1909.  Wilhemina was a member of the Sacred Heart Society, Woodmen of the World and the Cedar Grove Circle. She died in 1914 at the age of 44.

D.A. continued to operate the grocery store until he died in 1934, after which his son, Henry, operated the business. By 1941, the building was occupied by Harrell’s Market and then in about 1955, Cloud Plumbing and Paint is listed in the building, changing names to Cloud Plumbing and later Cloud’s Appliance Center.

The building unfortunately burned in the 1990s and a parking lot remains there today.

GUEST COLUMN: Mindfulness during Mental Health Awareness Month and beyond

SURRATT: This Memorial Day, take time to give thanks

GUEST COLUMN: Try your hand at the Zucchini 500 this Saturday