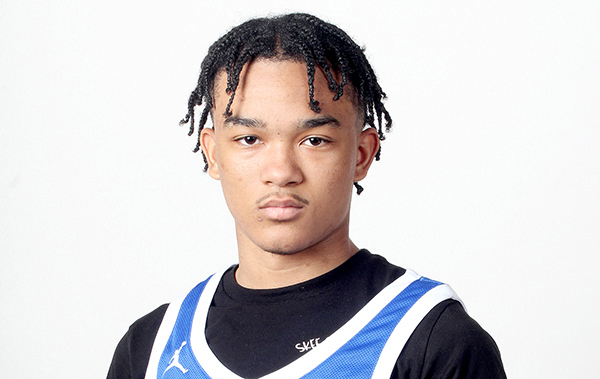 Porter's Chapel Academy basketball player Chris Taylor scored 29 points in a 61-56 win over Providence Classical in the MAIS Class 3A tournament on Wednesday.

Chris Taylor scored a game-high 27 points, Lawson Selby posted a double-double with 10 points and 10 rebounds, and Porter’s Chapel advanced to the MAIS Class 3A semifinals by beating Providence Classical 61-56 on Wednesday.

It’s the first state tournament win — and the program’s first appearance — since winning the Class 1A championship in 2013.

“It’s huge,” PCA coach Walter Hallberg said. “We’ve got to win one of the next two to make it to Overall, and I know in 60-plus years this school has only been one time. So that’s as big a win as we’ve had since they won a state championship.”

It’s the second time in a week that PCA and Tunica will play each other. Tunica won 67-60 in the semifinals of the Class 3A North State tournament last week. Hallberg said that was a winnable game that slipped away.

“We talked about it as soon as we got in the locker room. Our problem was we missed 19 free throws and we only lost by seven. So they’re not any better than us,” Hallberg said. “This is going to be an even game. I don’t think there’s any reason why we can’t win and make it to the championship game.”

PCA qualified as the No. 4 seed from the North and had to face South State champion Providence Classical in the state tournament opener, but it was the better team from the jump.

The Eagles led for most of the game, and closed it out by hitting free throws and repeatedly breaking the Knights’ press down the stretch.

A steal and layup by Taylor gave the Eagles a 59-50 lead with 45 seconds to go. Providence Classical threw a scare into them by making a basket, getting a steal off the inbounds pass and converting it into another quick layup to cut the deficit to five, but Williams hit both ends of a one-and-one free throw chance with 11.2 seconds left to seal it.

“We didn’t play great. They played really good defense. But our defense was outstanding,” Hallberg said. “In our last six games we’ve played as good of defense as we’ve played in two years. We are really guarding the basketball really well right now.”

Now the Eagles will not only play in the semifinals, but have a chance to advance to the MAIS Overall Tournament for only the second time in school history. Beating Tunica would send them to the Class 3A championship game and guarantee a spot, but the winner of the tournament’s third-place game also advances to Overall.

It’s been a wild ride for a team that hadn’t made it to the state tournament in eight seasons and lost in the first round of the district tournament in 2021.

“It’s kind of come together. We got Chris (Taylor) from Vicksburg, and Lawson (Selby) and Nic (Williams) from Warren Central. We just needed some scorers,” Hallberg said. “I had good athletes and needed some true basketball players. Those three have come in and they lead us in offense every game. The seniors knew they could do this. They just needed to hit a different level, and we’ve done that offensively and defensively.”